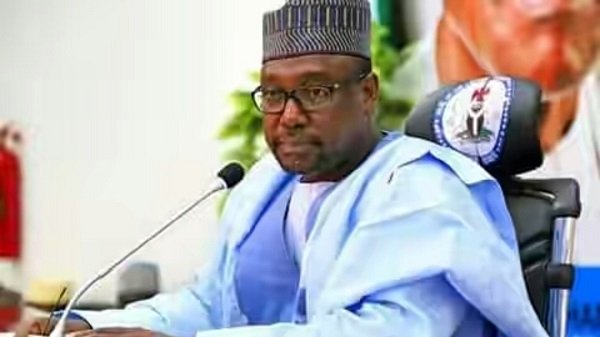 It was gathered that the governor was in the State House to update the president on the security situation in his state where some staff and students of Government Science Secondary School (GSSS), Kagara, Rafi council area of the state were abducted by gunmen on Wednesday morning

The president had earlier in a statement by his Senior Special Assistant on Media and Publicity, Malam Garba Shehu, condemned the abduction and dispatched a team of top security officials  to the state to coordinate the rescue operation in the state.

Buhari also expressed sadness over the killing of one of the students by the kidnappers, vowing not to relent until normalcy is restored in the security situation in the country.

The governor said he had requested for more security personnel and equipment to fast-track results in the rescue operation in the state.

“I came in this evening to thank Mr President for his quick response to the plight of Nigerlites, following two serious kidnap incidences.

“At the same time we rubbed minds on what we think should be done so that we find an everlasting solution to the situation and Mr President has confirmed to me that this matter will be given proper attention.

“We’ll continue engaging the service chiefs and the federal so that we can guide and advice them on what we think should be done. So I think it was a wonderful meeting,’’ he said

He also expressed support for the call by the nation Upper Chamber for the declaration of a state of emergency on security in the country.

Bello said the call had become imperative so as to address security challenges being experienced in some parts of the country.

“At the moment, if you look at what is happening, we are having security challenges in almost all parts of the country, so yes there’s a need to install some form of emergency on security matters across board.

“So yes, I think the Senate acted in good faith. Something definitely needs to be done.

“To be honest, I’m very convinced by what Mr President told me and I feel I’ve seen the presence of the military in Kagara, I was there earlier today, and I also request for some additional personnel and equipment, which I believe will be granted any moment from now.

“Right now, our immediate priority is to get the kidnapped victims released, after that I think we must have a long lasting solution to the farmers/herders conflicts,’’ he added.

Buhari had earlier on Wednesday ordered security forces to ensure immediate and safe return of all the captives.

President Buhari condemned the abduction as a ‘cowardly attack’.

The president directed the Armed Forces and Police to ensure immediate and safe return of all the captives, and dispatched service chiefs to Niger to coordinate the rescue operation.

The delegation was also mandated to meet with state officials, community leaders, as well as parents and staff of the school.

“Our prayers are with families of the victims of this attack,” he said. (NAN)

Related Topics:Kagara school abduction
Up Next