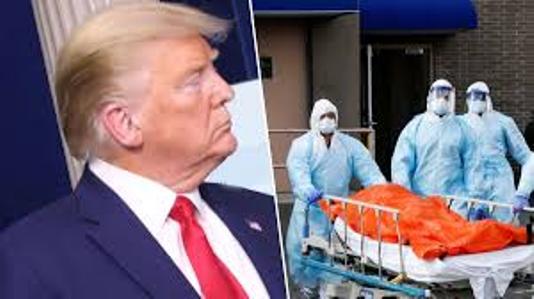 Reported cases of the novel coronavirus in the U.S. have topped two million, according to a tally by John Hopkins University, late on Wednesday.

The U.S. leads the world by far in coronavirus cases, trailed by Brazil, Russia and Britain, each of which have recorded fewer than one million confirmed cases.

The development comes amid concerns of a second wave of coronavirus infections, as the U.S. reopens its economy and widespread anti-racism protests continue, with participants in close contact.

According to John Hopkins, at least 19 states saw an upward trend in their reported case totals over the past three days, with the most severe swings coming in Michigan, South Carolina, Arizona and Arkansas.

He is restarting his massive campaign rallies next week ahead of the presidential election later this year.

Over 112,000 Americans have died from the coronavirus outbreak, according to the tracker. (dpa/NAN)

Related Topics:COVID-19 in U.S: Latest update on casesdeaths revealed
Up Next

Edo 2020: I don’t believe I will get justice in the screening – Obaseki