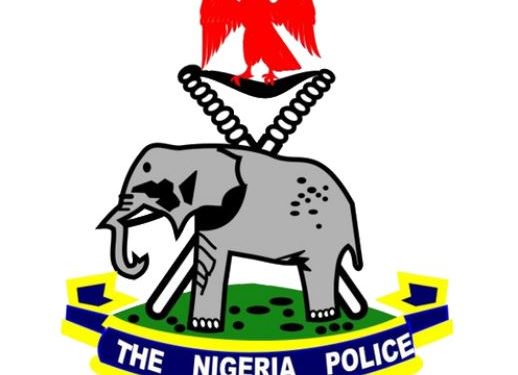 A 28-year-old nursing mother was among 38 suspected armed robbers, kidnappers, car snatchers and local ammunition fabricator paraded by the police force headquarters on Wednesday in Abuja.

The suspect Simeon Esther, was arrested by police operatives for allegedly being in possession of one AK47 rifles and 18 rounds of live ammunition, which she said belonged to her estranged husband.

The firearm which was carefully concealed in a traveling bag, according to police, was meant for a kidnap operation in Ogun State.

The mother of one and an indigene of Ondo State, said she was promised the sun of N5,000 by her husband who asked her to deliver the bag to someone in Ogun State.

The police said other members of the gang were awaiting the weapon which would have been used to kidnap a senior citizen in the state.

Force Public Relations Officer, Frank Mba, who made this known while parading the suspects, said also arrested were kingpins of the kidnapping gangs who had been terrorising motorists along the Abuja- Kaduna-Sokoto-Kebbi-Niger roads and other states in the North West with their deadly activities.

One of the suspects said he had made over N200 million from kidnapping high- profile Nigerians including the chairman of the Universal Basic Educational Board (UBEC), alongside his daughter.

The suspect who spoke in Hausa language said he made a whooping N100million in his first operation as a kidnapper, and between N60, N50, and N4, million in subsequent operations.

Items recovered from the suspects who were arrested between June 5-19, include 11 AK47 rifles, two pump action guns, three locally-made pistols, 12 Dane Guns, two revolver pistols, ten live cartridges, 77 live ammunition, and two Volkswagen vehicles which they use for their operation.

Mba who said the police had been on the trail of the kidnappers of the UBEC chair, said: “The arrest of the four suspects is sequel to the massive manhunt launched to apprehend the fleeing members of the kidnap gang involved in the kidnap of UBEC chairman.

It would be recalled that some gang members had fled following the death of their gang leader and kidnap kingpin, one Sumaila Sule a.k.a Shaho, who died on   May 18, 2019, as a result of bullet injuries sustained during a shoot-out with police operatives.

“Similarly, the police within the period under review, have conducted raids of criminal hideouts in Kainji, New Bussa, Mariga Bangi and Charagi in Niger and Kwara states respectively and Birnin Yero forest along Birnin Gwari, Garu Rahama, Gaidan Gaya in Kaduna State, arrested 28 other notorious kidnappers and armed robbers, including one Abubakar Umar a.k.a Buba Dogo.

“Investigation reveals that Abubakar Umar is a specialist in the kidnap of foreign nationals whom he keeps hostage until substantial ransoms are paid.

“Also, the operatives have intercepted trucks conveying 1972 bags of grains and 208 bags of beans to bandits’ hideout in a forest in Zamfara State. This action, no doubt, will cut-off food supply and hopefully neutralise their stronghold in their camps.

“Meanwhile, the IGP has observed that the achievements recorded so far by the operatives of Operation Puff Adder would not have been possible but for the immense support and cooperation of the public. He reiterates that the support had come in a manner that clearly demonstrated the increasing determination of citizens to support the police in restoring internal security.” (The Sun)

Related Topics:Force HeadQuarters
Up Next