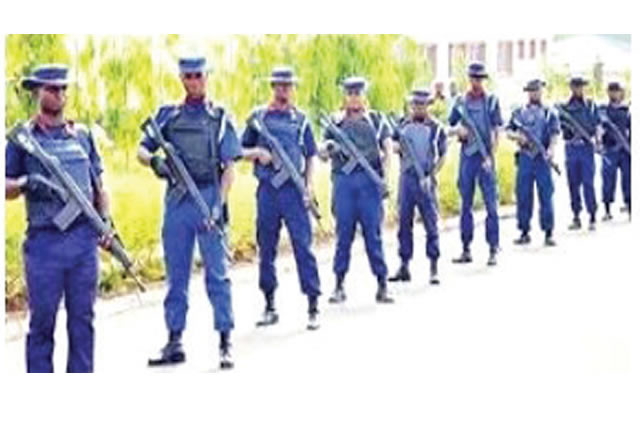 The Nigeria Security and Civil Defence Corps (NSCDC) in Jigawa, says it has arrested a 30-year-old man with 35 kilogrammes of Cannabis.

The Spokesman of Corps, DSC Adamu Shehu, who confirmed the arrest in a statement in Dutse on Thursday, said the suspect was arrested following a tip off in Dutse, the state capital.

“The operatives of the Corps have arrested a suspected drug peddler aged 30, of Chadi quarters in Hadejia Local Government Area of the state, for alleged possession of substances suspected to be Marijuana.

“The suspect was arrested on July 16, on Kiyawa Road, near the NNPC Mega Station in Dutse metropolis following a tip off,” he said.

According to Shehu, operatives of the Corps acting on intelligence apprehended the suspect while conveying parcels of the substances concealed in ice cream.

He said the suspect was conveying the substances to Hadejia town to be sold during the just concluded Sallah festivities.

The Spokesman listed the subtances and other items recovered from the suspect to include 33 parcels of Marijuana, N12,300 cash, a motorcycle and an android phone among others.

Shehu said that preliminary investigation showed that the suspect purchased the items from his accomplice now at large.

“The suspect deposited N95,000 with the said peddler, promising to pay the balance of N155,000 after he sold the substances,” he said.

He said the suspect and the items would be handed over to the National Drugs Law Enforcement Agency (NDLEA) for further investigation and prosecution.

Shehu further quoted the Commandant of the Corps, Mr Mustapha Talba, as lauding the effort of the surveillance officers that led to the arrest of the suspected peddler.

“The commandant equally called on the general public to assist security agencies in the fight against crimes by giving credible information on suspecious persons and movements in their communities.”
(NAN)

Related Topics:NSCDC nabs peddler with 35kg of marijuana in Jigawa
Up Next