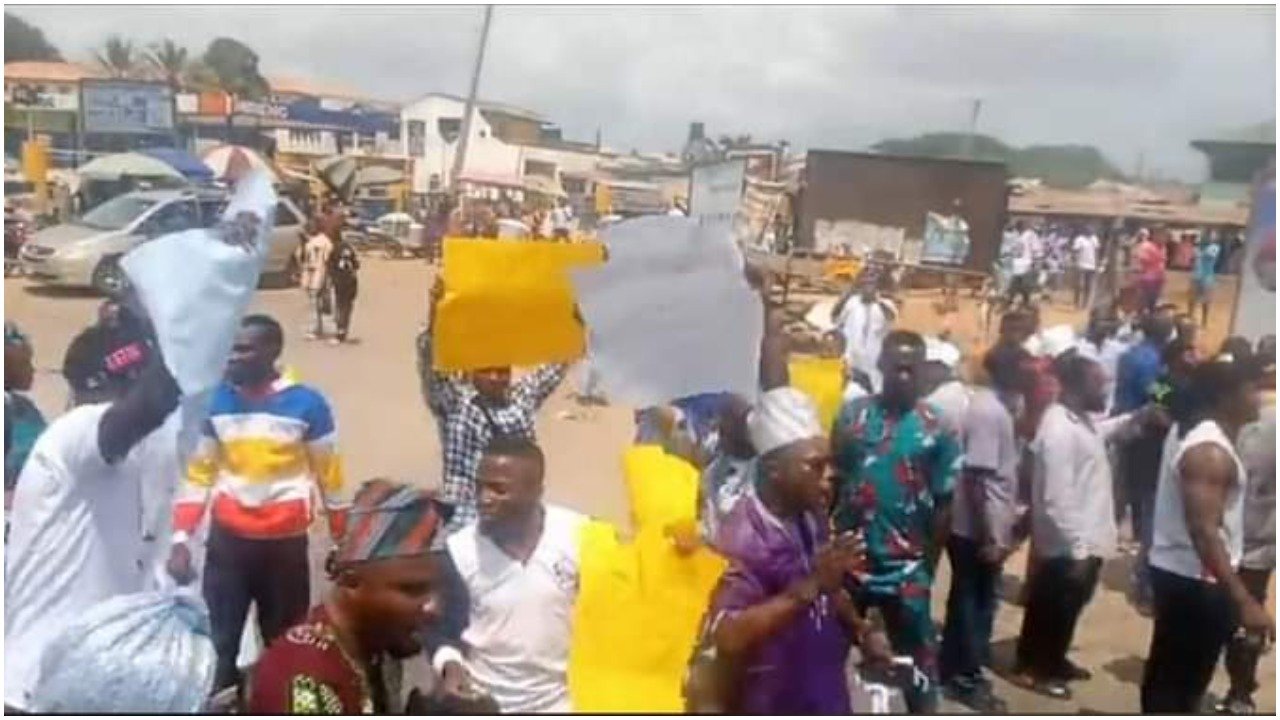 Some aggrieved youths and people sympathetic to the plights of Chief Sunday Adeyemo, popularly known as Sunday Igboho, on Wednesday, staged protest in major areas of Ibadan, Oyo State capital, calling for his release.

Igboho, a Yoruba activist, is currently being held in Cotonou by the Government of Benin Republic after he escaped arrest in his house in Ibadan few days ago.

The News Agency of Nigeria (NAN) gathered that the protesters took off from his house at Soka area of Ibadan, carrying placards of various inscriptions, calling for unconditional release of Igboho.

The protesters marched through some streets such as Felele, Sanyo, and Challenge area, singing freedom songs for the activist’s release.

NAN Correspondent, who monitored the protest, reports that personnel of the Nigeria Police and Department of State Security (DSS) were seen in their patrol vehicles few distances, monitoring the protesters.

Some of the protesters that spoke with newsmen, Yusuf Ajikobi; Oyedokun Abiodun; David Ajulo, and Azeez Suleiman, pleaded with the Government of Republic of Benin and the Federal Government of Nigeria to release Igboho.

One of them, Ajikobi, said that Sunday Adeyemo is an activist, whose slogans are fairness, equity and justice.

“Igboho do not deserve to be treated like a criminal; so, government should let him have his freedom,” he said.

In his comments, Abiodun appealed to the traditional rulers and Yoruba leaders to rise up to the plights of Igboho, saying, “he (Igboho) is fighting for the course of the masses”.

Also, Ajulo and Suleiman urged the security operatives to do more in combating the security challenges facing the nation.

According to them, the problems created as a result of insecurity prompted Igboho and the likes to rise up in defence of their respective communities.

Related Topics:call for Igboho’s releaseYouths in Ibadan stage protest
Up Next