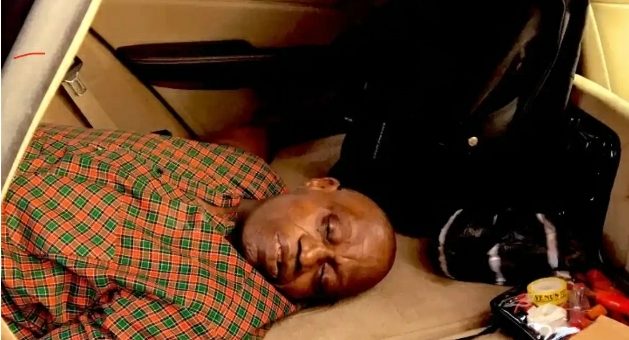 Unidentified gunmen have killed a former judge of the Enugu State High Court, Justice Stanley Nnaji while he was driving in his Mercedes Benz Sport Utility Vehicle (SUV), in the Enugu metropolis.

Justice Nnaji was reportedly shot in the chest and robbed of his SUV.

The assailants numbering three were seen in a viral video double-crossing the former judge along Ebeano Tunnel, Enugu on Sunday evening.

They dragged him out of his car, killed him, and drove his car away.

The police have launched a full-scale manhunt for the yet-to-be-identified armed assailants with a view to bringing them to justice.

According to the spokesman of the state police command, Daniel Ndukwe, the gunmen trailed and shot dead the victim and carted his car away around 5 pm on Sunday.

In a statement he issued on behalf of the state commissioner of police, Mohammed Aliyu, Ndukwe said, the victim “was rushed to the hospital, where he was confirmed dead and deposited in the mortuary for autopsy.”

While assuring that no stone would be left unturned in fishing out perpetrators of the heinous crime, the police called on residents of the state to remain law-abiding, vigilant and assist the police with useful information that will lead to the arrest and prosecution of the assailants. Nation

Tension heightens in Ushafa over threats of demolition [VIDEOS/PHOTOS]