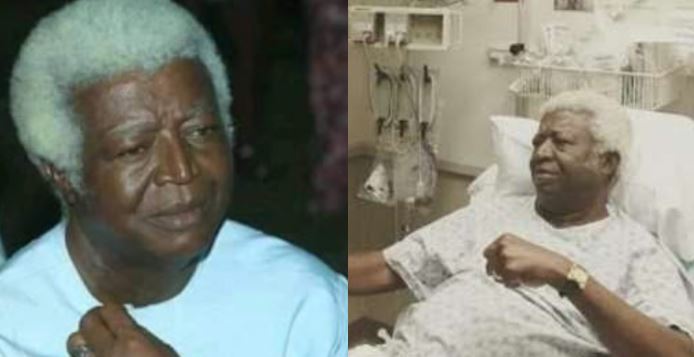 According to his daughter, the actor died around 2am of on Saturday at the National Hospital in Abuja.

Chief Iwuoha, who has been in the movie industry for decades, reportedly battled diabetes and went blind for some years.

It was revealed by his close associate, Derik Zai, that Iwuoha had been in coma for three weeks, and efforts to revive him proved abortive.

His remains has been deposited at the hospital mortuary.

Chief Iwuoha, who hails from Imo State, has given decades of experience to the Nollywood film industry and acted in numerous movies some of which are World Apart, Magic Cap, Keeping Close, Another Bondage, Faces Of Love and Days Of Hatred, among others.

He won the Best Supporting Actor award at the 3rd Africa Movie Academy Awards (AMAA) for his performance in the movie ‘Sins of the Flesh’.

BREAKING: US rapper, DMX dies at 50