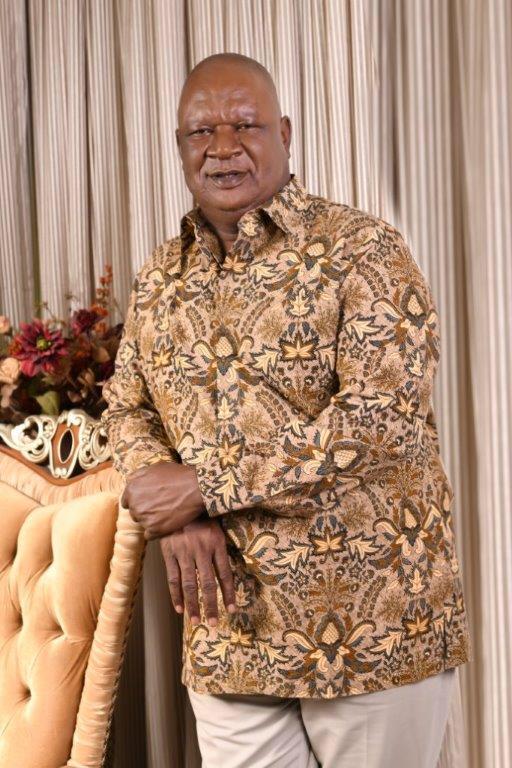 Could life start at 60 for former Senate President Anyim Pius Anyim? The indications so suggest. For a man who first became a Senator at 37, made Senate President at 39, and voluntarily did not seek re-election to the Senate at 41, Anyim has shown that the tides and waves of life can be turned to one’s advantage at different points on the stretched spectrum that life can be.

He is re-starting that life with packs of experience. He is a new Anyim rooted in his principles about getting things done.

Anyim hardly speaks, works behind the scene, and belies the depth and breadth of his grasp of issues with affinity to privacy. He is an unusual politician, one who has shunned the din and dithers of politics for his practice, law.

He is bereft of the attributes of politics, among them noise, especially when there is nothing to say. Anyim’s silence has often been misconstrued as timidity. He opts for salience in speech and pitch, points that are often lost on opponents.

While many have dwelt on duplicity in contending for a Nigerian President of Igbo origins in 2023, Anyim brought crystal clarity to the issue during his World Igbo Congress lecture at Gregory University, Uturu last December.

The case was for an Igbo President from the South East, the only zone in the South that had not produced the President. He listed the political and social capitals of South East presidency if the 2023 presidential election were to reflect equity, justice, and the imperatives of building a nation where every part is wielded into place by a sense of belonging.

In his Uturu lecture, “Identifying the political interest of the Igbos of the South East geo-political zone in Nigeria and strategies for its actualisation”, he narrowed the issues and navigated them to an anchor that stripped every beclouding.

Pius’ birth on 19 February 1961 did not elicit much excitement. His mother had six other male children who never lived beyond two years. Pius has three sisters.

The young Pius was expected to continue the “ogbanje” circle that was held responsible for the earlier deaths. He survived to the delight of his parents.

In a life fraught with daunting challenges, he missed school sometimes because there was no money to pay his fees, went hungry for most of his school days, hawked bread, worked in a brewery but remembers that the Almighty God was

ever present through his mother, elder sister, and other benefactors, especially after his father took a fourth wife and left the challenges of fending for the children to each wife.

His education at Ishiagu High School, Federal School of Arts & Science, Aba, and Imo State University where he read Law, finishing in 1987, left him with a thread of enduring lessons about life.

The National Youth Service Corps programme, with Directorate for Social Mobilisation, a federal government agency, in its Sokoto office, pointed him to a career in the Civil Service. The National Commission for Refugees, NCR, was his next destination after a stint at the Abuja headquarters of the Directorate for Social Mobilisation. At NCR, he headed the Protection Unit.

Few noticed Anyim’s first arrival on the political scene by his election under United Nigeria Congress Party, UNCP, to the Senate in 1998. He was just 37! The phase passed with General Sani Abacha’s demise.

The election strengthened Anyim’s convictions that the Almighty God ordered the ways of humanity once one was attentive to His voice. Unknown, without resources for politics, his victory was at the expense of more experienced politician.

“I act with the belief that the Almighty God is behind me,” Anyim told a journalist in his remarkable humility which he exhibits in his relationships, not minding the high offices he has held.

“When I won a senate seat in 1998, God made it possible. I heard His voice clearly asking me to contest,” Anyim states in his biography that is in the works. “He made things possible again in 1999, when I later became Senate President ahead of more known politicians.” Anyim could easily be credited with laying the foundation of the operational structure and frame of the National Assembly.

Anyim has had his political battles. He brushes them aside as collaterals for venturing into politics. He can fight but prefers to speak only when it is necessary.

He acted in the same way in his most recent tiff with his State Governor Dave Umahi. “His allegations against me were too weighty to be ignored otherwise I would have kept quiet,” he said.

Away from politics since his departure in 2015 as Secretary to the Government of the Federation under President Goodluck Jonathan, Anyim is reluctant to

discuss politics whether of today or tomorrow in any meaningful depth. He retorts that answers to the questions are in his coming book. Again, Anyim discharged the responsibilities of his office as SGF with uncommon patriotism and diligence.

How does the quiet family man feel at 60? Gratitude to the Almighty underlines every answer. From the vagaries of his earlier life, he never knew he would attain the heights he has.

Will he run for President in 2023? Anyim would give a certain answer when he hears from that clear voice that told him to run in 1998.

Anyim, you are one of a kind. Congratulations on your birthday.

Isiguzo, a major commentator on minor issues, wrote from Abuja

What can boost renewable energy in Nigeria by expert