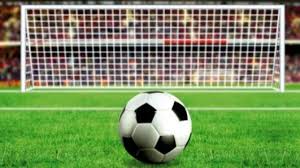 England were crowned Six Nations champions for the third time in five years on Saturday as they beat Italy 34-5 in Rome.

They then turned to watching France’s 35-27 win over Ireland which meant that neither team could overhaul England.

England began the day 23 points behind Ireland on points difference and two ahead of France.

After a stodgy opening half, they secured a bonus-point win with five tries and set Ireland a target of winning by seven points in Paris.

The Irish could not achieve it and France’s bonus-point victory meant they and England finished together on 18 points, but with England comfortably clear on points difference.

It was a day to remember for England scrumhalf Ben Youngs.

Hevmarked his 100th appearance with two smart individual tries and the man of the match award in a generally stuttering performance that improved markedly in the second half.

”I’m obviously very proud, but the most important thing for me was to play my part in this team,” Youngs said. “It’s a nice milestone.

“We always felt like it was going to be a grinding down process. We knew if we stuck to it we’d get there in the end.”

England captain Owen Farrell was a happy man after watching the Paris game in his team’s Rome hotel.

“It got to a point where it seemed like it was going our way and it did,” he said.

“It’s a massive achievement for us as a group to win the Six Nations in the strangest year and circumstances.”

It was a suitably surreal end to the championship, which England began by being ripped apart in the first half of their opening game against France in February.

But it ended, nine months later, with a big win over Italy in an empty Olympic Stadium.

“I’m very proud of all the players and staff, they’ve reacted superbly to the changing situations in the past couple of weeks.

“They remained focused on the goal of winning the Six Nations,” coach Eddie Jones said in a statement.

“It’s strange not having fans in the stadium and we know it is a tough time for the country but we felt your support throughout the campaign and it does make a difference.”

England made the ideal start when Farrell broke clear and sent Youngs over to mark his 100th cap with the first try after five minutes.

But absent England fans expecting the floodgates to open were to be disappointed.

They not only failed to add anything more than a Farrell penalty but spent much of the half on the defensive.

The hosts came close to another as England reeled after a yellow card for debutant lock Jonny Hill and reached half-time 10-5 ahead.

Youngs was the man of the moment again a minute after the restart, dummying twice to sneak through for his second try with Italy down to 14 with Polledri in the sin-bin.

England were finally playing with more patience and a rolling maul sent Jamie George over to mark his 50th cap with a try.

Flanker Tom Curry slipped down the blindside to get the all-important bonus-point clinching fourth after 67 minutes.

Henry Slade chased down a Farrell grubber kick for England’s fifth try —- completing a remarkable three weeks for the centre, who also scored in Exeter’s European and Premiership final successes.

The margin of victory was tight enough to keep the England camp nervous as they watched the action from Paris.

But it proved good enough for the World Cup runners-up to take the title.(Reuters/NAN)

Neymar out until at least mid-November, PSG coach says