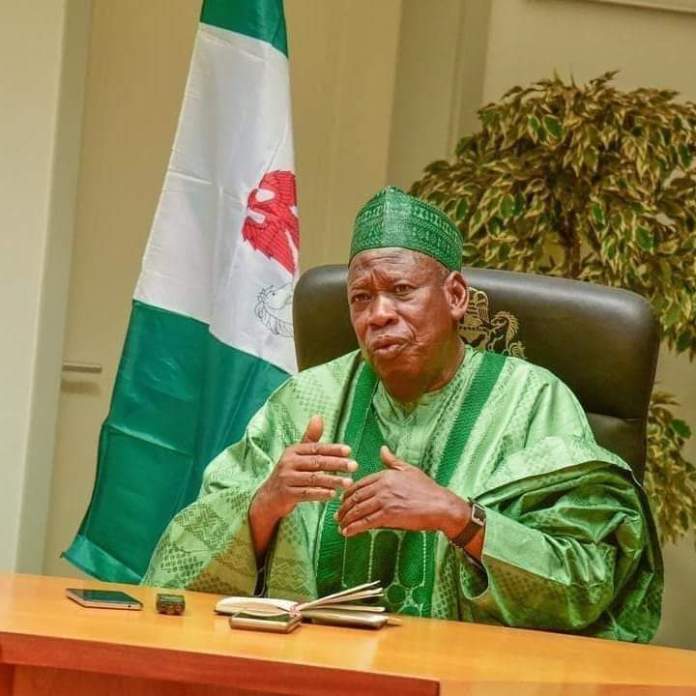 Gov. Abdullahi Ganduje of Kano State has tasked Civil Society Organisations (CSOs) to promote understanding and harmonious coexistence for peace and stability to reign in the state.

Ganduje made the call in a statement by Abba Anwar, his Chief Press Secretary on Friday in Kano.

The governor was quoted as giving the charge at a meeting with CSOs on Thursday night at the Government House, Kano.

Ganduje said that while genuine demands were ingredients of democracy, destruction was not a right step in democratic settings.

According to him, curfew was imposed in some states where demonstration is seen from various perspectives and depending on certain variables.

“People should come to understand that we have just graduated from the lockdown occasioned by COVID-19 pandemic.

“It is absolutely necessary to understand that anything that can cause another stay at home should be avoided,’’ Ganduje was quoted as saying.

He said the state government had, through dialogue, resolved skirmishes caused by the protest at Kofar Mata area of the metropolis over the alleged murder of a teenager in police custody.

The state government also met with conveners of the Sabo Gari protest and deliberated over their demands, the governor said.

He added that differences could be address amicably through dialogue.

“You as leaders of the CSOs, you are representing people, your opinion and interpretation is important,’’ he added.

The statement also quoted Ismaila Hussaini-Kanye, Chairman, Youth Coalition and Advocacy for Development, as calling on government to compensate victims affected in the Tuesday’s disturbances in Sabon Gari area of Kano.

The News Agency of Nigeria (NAN) reports that the Police Command in the state confirmed that 15 cars and several shops were vandalised in the protest. (NAN)