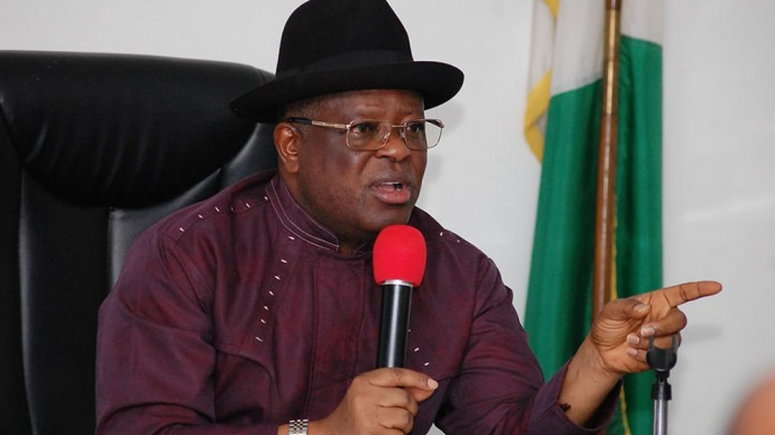 Gov. David Umahi of Ebonyi has appealed to Nigerian youths to deviate from all forms of violence in their pursuit for better governance.

Umahi, who made the appeal on Friday during an address to the people of the state, insisted that the country needed to move forward after the killings and destruction of valuable properties.

The governor urged the youth to particularly, forgive the “unwarranted’’ and regrettable’ shooting of unarmed protesters at Lekki Tollgate, Lagos, as the south-east leaders were pained over the incident.

“Our hearts go to the families of the deceased, and we enjoin the Federal and Lagos State Governments to quicken investigation into the incident.

“It was an act of the devil and the infrastructure being destroyed across the country are for you as leaders of the future.

“You need to be alive to actualise this future because some of you will be presidents, governors, lawmakers and ministers among others.

“No one lives on earth forever, so, we seek your forgiveness so that we will go back to the drawing board,” he said.

He urged state governments to draw youths closer to their administrations to enable them have a say in the scheme of things.

“Youths should be brought closer to issues of budgeting, dynamics and difficulties of governance among others to enable us have a better society.

“I appeal to our people to withdraw from the #EndSARS protest because it is no longer a protest but an orchestrated violence with people imported from other states to destroy lives and properties,” he said.

Umahi appealed to leaders across Nigeria to do everything possible to maintain peace within their domains as those of the south-east will continue ensuring that everybody living within the zone is protected.

“This is a critical moment in the nation’s history and we cannot continue to see the critical private and public infrastructure we laboured to build being destroyed.

“Considering the dwindling revenue of the country, such infrastructure contribute greatly to the sustenance of the economy,” he said.