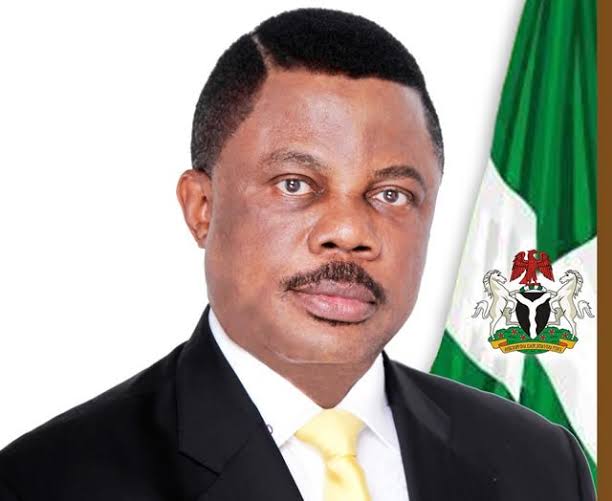 Anambra State Governor, Willie Obiano, has announced a 24-hour curfew in the State as a result of the rising tension in the land.

Also, he has announced the closure of all Schools and markets in the State pending the outcome of the rising crisis.

These are coming on the heels of the planned mayhem in the State on Friday by members of the proscribed Indigenous People of Biafra IPOB.

As a result of the danger signals and fears that enveloped residents Thursday, markets and Banks had closed and people scamper for safety before the governor’s broadcast to the State.

Some of the members of IPOB who were sighted along the streets and discussing in hushed tones said what happened in Lagos, Aba, Enugu, Abuja, and some other states would be a child’s play compared to what would happen in Anambra Friday

But Obiano in his broadcast appealed to the traditional rulers, parents and Religious leaders to help in calming the youths down by not destroying the property of Ndigbo

Furthermore, he announced that his administration has set aside the sum of 200 million naira as compensation to families of those who suffered human violations in the hands of the disbanded SARs in the State.

Obiano said, “I am compelled to address you today by the growing tension across the country ignited by recent efforts by Nigerian youths to ask for a better Nigeria.

“I am immensely proud of what you have achieved so far. But we must not succumb to the morbid attractions of violence; no matter the provocation, no matter how justified our anger and no matter how easy it all might seem.

“Violence does not yield fruitful results.
The founder of modern India, Mahatma Ghandi warns that “when violence appears to do good, the good is only temporary; but the evil it does is permanent.”

“Umu nnem, while our beloved state remains largely safe and isolated from the boiling sea outside, we have also recorded a few unpleasant incidents in our domain and there is justifiable anger in the land. But we cannot give it a chance to consume us all.

“Consequently, we are taking precautionary steps to prevent further descent to lawlessness in Anambra State by imposing a 24-hour curfew with effect from 8pm today until we bring this rising tension under control.
“Therefore, all schools and markets in Anambra State are hereby closed. All gatherings by groups and associations under any name or label from 8pm are banned.

” The law enforcement agencies in the state have been duly directed to enforce compliance.

“However, all law enforcement officers charged with ensuring compliance to the restriction on movement must resist the temptation of applying excessive force while attempting to bring the situation under control

“We cannot afford to repeat the same mistakes that created the problem we are trying to solve in the first place.

“Meanwhile, I wish to assure all non-indigenes living among us in Anambra State of their safety and security wherever they live in our dear state,” he said.

Despite the appeal from the state government, all the roads and streets in Awka capital city had been deserted, only few buses and tricycle operators were seen on the roads by this reporter Thursday.