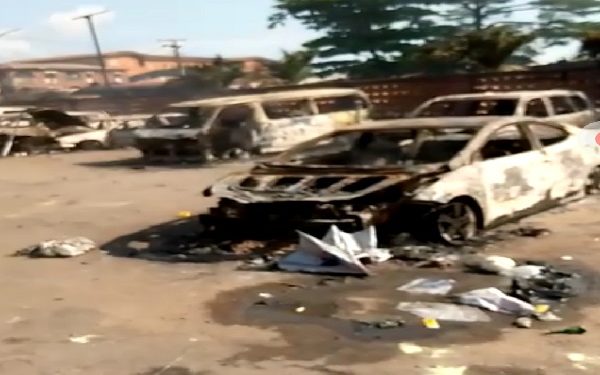 It was gathered that some of the guards were injured and have been rushed to the hospital.

More than 20 vehicles owned by staff, who earlier reported for work, were also set ablaze.

Many scampered for safety as the protesters stormed the council secretariat with different weapons.

A senior official of the council told The Nation the protesters arrived the council secretariat shortly after razing a police station on Layeni Street.

“They started attacking everybody, injuring the security officials before setting the secretariat ablaze.

” They looted the Chairman’s office, the Treasurer’s office and some offices down stairs. The ATM was not spared,” she said.