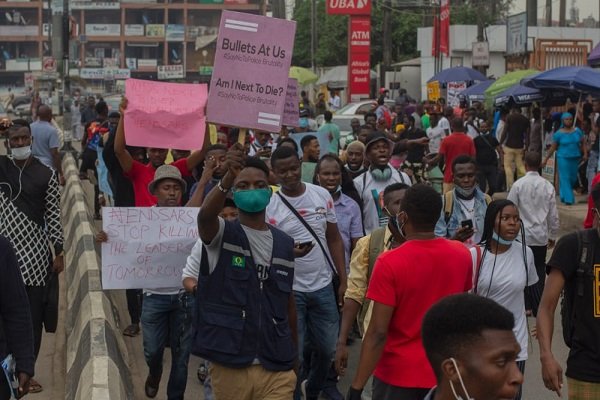 Two persons have been reportedly shot dead in Mushin Local Government Area in Lagos in a clash between police operatives and suspected hoodlums.

One of the victims was seen on Agege Motor Road near Olosha drenched in blood.

Eyewitnesses said some people have sustained injuries and were being rushed to hospitals.