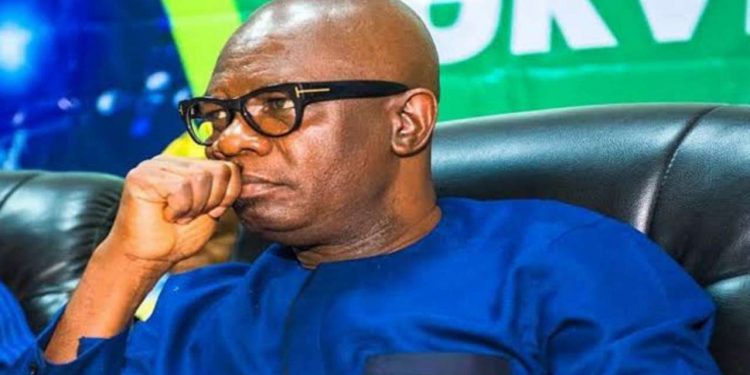 Lawmakers in the Ondo State House of Assembly have served impeachment notice on the state Deputy Governor, Agboola Ajayi who was accused of gross misconduct.

He resigned from the the ruling APC and defected to the opposition Peoples Democratic Party but insisted on remaining in office.

It was gathered that 14 lawmakers supported the impeachment of Ajayi.

There were however heavy security presence at the Ondo State House as the lawmakers were holding plenary.

The lawmakers had resumed from recess on June 6th and placed an advertorial calling on members to resume sitting.