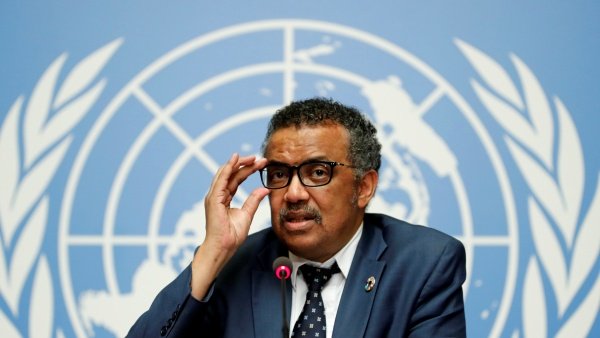 The World Health Organisation (WHO) Regional Office for Africa in Brazzaville, Congo, says there are over 400,000 confirmed cases of Coronavirus (COVID-19) in Africa.

Meanwhile, the WHO Director General, Dr Tedros Ghebreyesus, said the agency had marked six months since it received the first reports of a cluster of cases of pneumonia
of unknown cause in China.

Ghebreyesus said at a news conference at the WHO Headquarters that the six-month anniversary of the outbreak coincided with reaching 10 million cases and 500,000 deaths.

“This is a moment for all of us to reflect on the progress we have made and the lessons we have learned and to recommit ourselves to doing everything we can to save lives.

“Six months ago, none of us could have imagined how our world – and our lives – would be thrown into by this new virus.

“The pandemic has brought out the best and the worst of humanity; all over the world, we have seen heartwarming acts of resilience, inventiveness, solidarity and kindness.

“But we have also seen concerning signs of stigma, misinformation and the politicisation of the pandemic.

“For the past six months, WHO and our partners have worked relentlessly to support all countries to prepare for and respond to this new virus,’’ he said.

The director general said that the agency had published an updated and detailed timeline of response to the pandemic, so the public could have a look at what happened in the past six months in relation to the response.

“It illustrates the range of WHO’s work to stop transmission and save lives; we have worked with researchers, clinicians and other experts to bring together the evolving science and distil it into guidance.

“Millions of health workers have enrolled in courses through our OpenWHO.org online learning platform.

“We launched the Solidarity Trial to find fast answers to which drugs are the most effective.

“We launched Solidarity Flights to ship millions of test kits and tonnes of Personal Protective Equipment to many countries.

“We launched the Solidarity Response Fund, which has raised more than 223 million dollars for the response,’’ he said.

Related Topics:COVID-19 in Africa: WHO gives update on casesdeaths
Up Next

COVID-19 in Africa: WHO gives update on deaths, cases