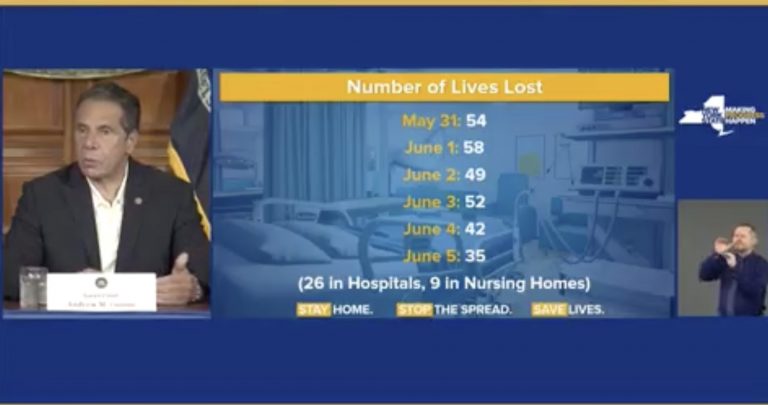 The U.S. state of New York on Saturday reported 35 COVID-19 deaths, the lowest daily toll from a peak of no fewer than 700 a day in April.

Gov. Andrew Cuomo, who announced this at his daily news briefing, said it was “a really good news” and a “big sigh of relief compared to where we were”.

Cuomo said with the latest result, the state would have to accelerate the reopening of its economy scheduled to begin on Monday.

“We are going to open the valve more than we originally anticipated because the metrics are so good,” he said, sounding a note of warning in the same breath.

“We have seen it open very fast, we have seen states and countries get into trouble, and then they had to close again.

“We say we are going to open the valve incrementally, and then watch the metrics,’’ he said.

The governor said he would take further steps in addition to the reopening guidelines already issued.

He said he would sign an executive order mandating temperature checks on people as a condition to access public and commercial buildings.

Related Topics:New York to reopen economy as COVID-19 deaths drop
Up Next