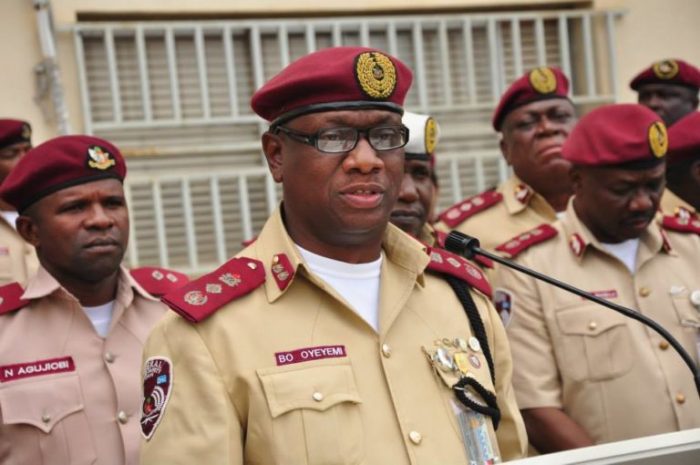 Oyeyemi who disclosed this in a statement by Chief Route Commander, (CRC) Media, Mr Sanni Abdullahi on Friday in Abuja, said that the redeployment takes effect from June 12.

He said that it was in pursuant to the recent promotion of senior officers by the FRSC Board and the need to reposition the officers for more  efficiency.

The News Agency of Nigeria (NAN) reports that some of the affected officers include:

“Others are Mr Francis Udoma the outgoing Sector Commander Imo State who is to take over as Zonal Commanding Officer RS9 Enugu,” he said.

He added that ACM, Mr Hyginus Omeje who was formerly the Sector Commander, Lagos State is now ACM Federal Operations in the Operations Department at the national headquarters.

The corps marshal added that apart from Enugu, Ilorin, Benin, Port Harcourt, Jos, Bauchi and Abuja Zonal Commands, all other Zonal Commanding Officers remained in their respective areas of authority.

“Expectedly, out of the 37 Sector Commanders, 17 retained their positions while the remaining 20 State Sector commands  were affected.

He added that the acting Corps Provost, Mr Anume Osuampe is now the Deputy Corps Commander in charge of Operations in the FCT.

He urged the officers to remain steadfast in their commitment and dedication to duty and to share in the FRSC vision of making Nigerian roads safer for motorists. (NAN)