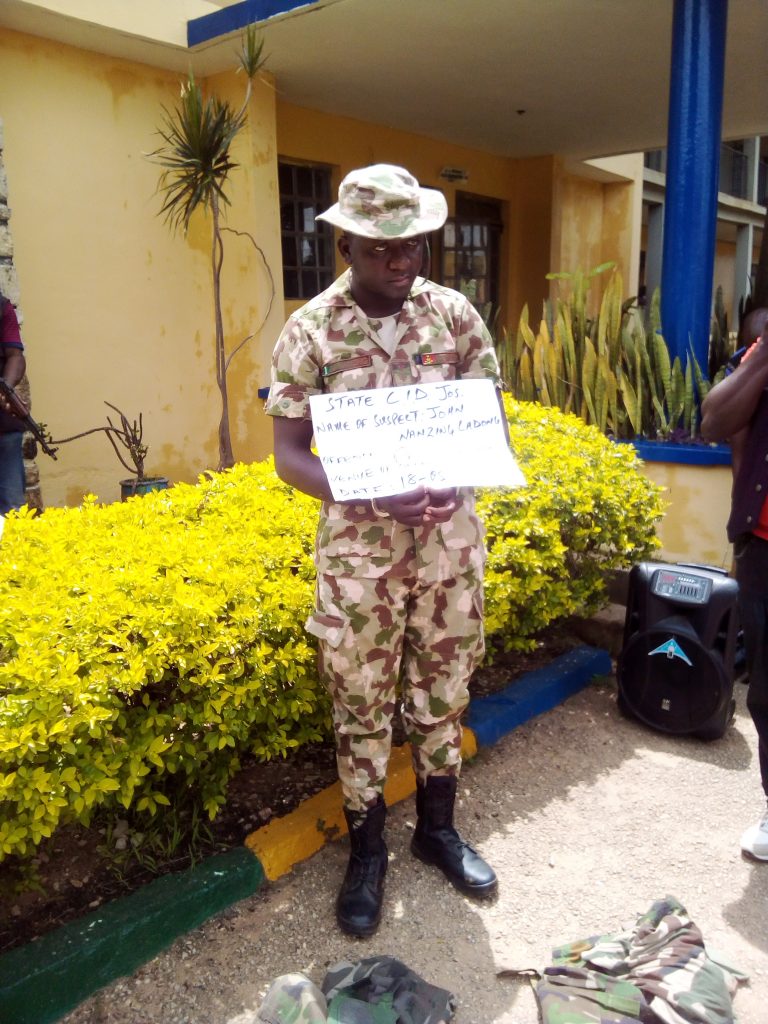 The Police Command in Plateau has paraded one John Ladong of Gero community of Jos South Local Government Area of the state, for personating as a Captain of the Nigeria Army.

Mr Edward Egbuka, the Commissioner in charge of the command, paraded the suspect before newsmen on Saturday in Jos.

The commissioneer explained that the suspect was arrested and handed over to the police by operatives of  ‘Operation Safe Haven’ (OPSH), a special task force maintenaning peace in the state.

Egbuka explained that the suspect,who was arrested on May 18 at Riyom, was also putting on a full army camouflage uniform, and driving an army coloured Peugeot 206 vehicle.

“After arrest, the personnel of OPSH transfered the suspect and handed over to our Area Command in Bukuru.

“Upon interrogation, it was established that suspect was not a military personnel,” the CP said.

Egbuka said 15 sets of army and Air Force  uniforms, 15 forcecom sim cards, two pairs of military boots, one jack knife, and other items were found in the suspect’s possession.

The commissioner said the suspect would be charged to court as soon as investigations were  concluded.

Speaking to NAN, the suspect regretted his act and pleaded that justice be tampered  with mercy.

Related Topics:Police parade fake soldier in Jos
Up Next