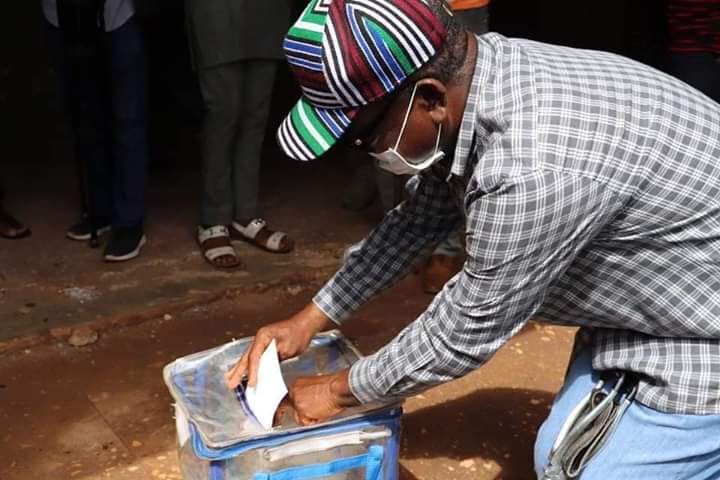 Governor Samuel Ortom of Benue State has exercised his franchise in the 2020 local government election holding across the state.

Speaking with journalists shortly after casting the ballot, Governor Ortom described the turnout of voters as impressive despite the fact that it is raining season and some people were supposed to be on their farms.

He also expressed satisfaction at the manner voters conducted themselves in compliance with COVID-19 protocol of physical distancing and wearing of face masks.

Governor Ortom noted that people were told not to come out at once to vote but do so in batches in line with the directives against social gathering, pointing out that intending voters were also advised to go home as soon as they voted.