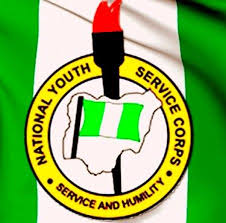 National Youth Service Corps (NYSC) coordinator in Lagos, Mr Eddy Megwa, says 68 corps members in the 2019 Stream I Batch B would have to repeat their service year in the state.

The state coordinator made this known on Thursday, at the Ikeja Local Government Secretariat, one of the venues for the passing out ceremony of corps members.

Megwa said a total of 6, 196 received their Certificates of National Service, with three corps members distinguishing themselves during the service year.

He said that the three would be receiving state merit awards for their outstanding performance in their service year.

The coordinator said that the Executive Governor of Lagos State would present the merit awards.

“We are happy to come to a successful end of the service year for Stream I Batch B in Lagos State, indeed it has been an eventful year for the corps members.

“To those 68 who would be repeating the year, it is simply because they had gone against the rules of the NYSC and hence they would repeat their service year”. NAN