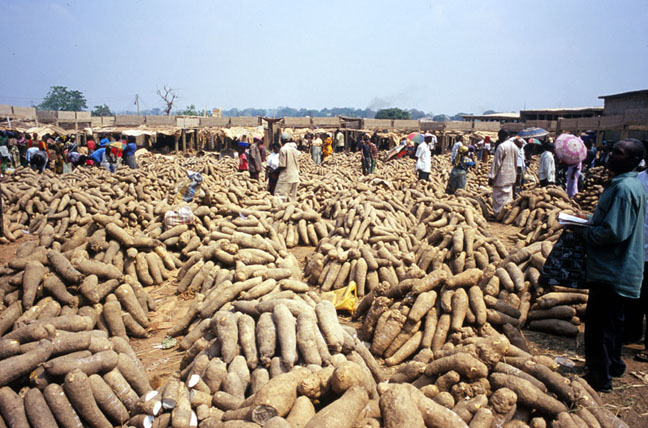 The Federal Government will, on June 9, inaugurate the 200, 000 capacity yam storage facility for Micro, Small and Medium Enterprises (MSMEs) in Benue, the Presidency has said.

The Presidency in a statement on Wednesday in Abuja, said the inauguration was part of the federal government’s determination to support the growth of small businesses across the country, through the provision of critical infrastructure.

The shared facility project, an initiative of the National MSMEs Clinics, is aimed at providing for the needs of businesses under a production cluster arrangement.

Mr Tola Johnson,  Special Assistant to the President on MSMEs, Office of the Vice President, said the facility would cater for small holder farmers and MSMEs which had lost huge revenues due to lack of access to adequate storage facilities.

Johnson, who also heads the National MSMEs Clinics Secretariat, said that the 2020 edition (virtual) of the National Micro, Small and Medium Enterprises (MSMEs) awards would be held in July.

According to him, the decision to hold a virtual edition of the awards is in line with federal government’s directives on strict adherence to established protocols aimed at containing the spread of COVID-19 pandemic.

He said award recipients and other participants would join the event via video-conference (zoom) from locations across the country.

Johnson added that the 2020 virtual edition of the awards would feature top innovative and outstanding MSMEs across the country that would be presented with top prizes in line with the objectives of the awards.

President Muhammadu Buhari will deliver a special message to MSMEs in the country while Osinbajo will deliver the keynote address.

State governors will join the event virtually from their respective states while other stakeholders will also participate via video-conference.

Several MSMEs across the country have won different prizes, including vehicles since 2018 when the inaugural event was held. (NAN)

Related Topics:000 capacity yam storage facility in Benue on June 9FG to inaugurate 200
Up Next

NGO to disburse interest-free loans to female traders in Ondo