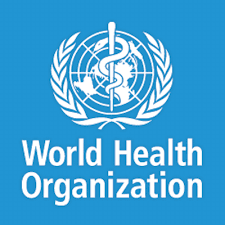 The World Health Organisation (WHO) has advised countries to include suicide prevention strategies into their national health and education programmes.

This is according to information in WHO’s official website in commemoration of World Suicide Prevention Day (WSPD) on Tuesday.

The organisation decried a situation whereby, at least one person died from suicide globally every 40 second, adding that every death was a tragedy.

It acknowledged progress in suicide prevention activities in some countries, but warning that much more was needed.

It stated that the number of countries with national suicide prevention strategies has increased in the five years since the publication of WHO’s first global report on suicide.

“But the total number of countries with strategies, at just 38, is still far too few and governments need to commit to establishing them,’ the organisation said.

Director-General (DG) of WHO, Dr Tedros Adhanom Ghebreyesus described every death as a tragedy.

“In spite of progress, one person still dies every 40 seconds from suicide. Every death is a tragedy for family, friends and colleagues, yet suicides are preventable.

“We call on all countries to incorporate proven suicide prevention strategies into national health and education programmes in a sustainable way,” he said.

According to WHO, suicide rate is highest in high-income countries, and is the second leading cause of death among young people.

It described suicide as the second leading cause of death among young people aged 15 to 29 years, after road injury.

“The most common methods of suicide are hanging, pesticide self-poisoning, and firearms.

“Key interventions that have shown success in reducing suicides are restricting access to means; educating the media on responsible reporting of suicide.

” They also include implementing programmes among young people to build life skills that enable them to cope with life stresses; and early identification, management and follow-up of people at risk of suicide,” it said

“The intervention that has the most imminent potential to bring down the number of suicides is restricting access to pesticides that are used for self-poisoning.

“The high toxicity of many pesticides means that such suicide attempts often lead to death, particularly in situations where there is no antidote or where there are no medical facilities nearby,” it said.

As indicated in the WHO publication released, there is now a growing body of international evidence indicating that regulations to prohibit the use of highly hazardous pesticides can lead to reductions in national suicide rates.

WSPD is an awareness day observed on 10 September every year, in order to provide worldwide commitment and action to prevent suicides, with various activities around the world since 2003.

The International Association for Suicide Prevention collaborates with WHO and the World Federation for Mental Health (WFMH) to host day. (NAN)