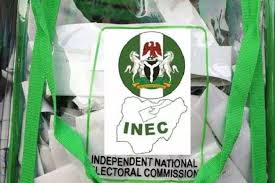 No doubt Governor Seriake Dickson is a respected man, who means well for his people and the state. As governor of Bayelsa, the state  experienced tremedious transformation that attracted the people to him.

As a stakeholder, who has witnessed the good, the bad and ugly in politics and who has also seen where politicians made grave mistakes during politicking, I am appealing to the governor to apply wisdom as the state is about to witness yet another election that will usher in a new government.

Those interested in governing the state are already picking expression of interest and nomination forms from their political parties as the Independent National Electoral Commission had scheduled the election for November 16.

In the Peoples Democratic Party (PDP) alone, about 15 aspirants have picked forms, other political parties are not left out in the rush and are already campaigning to their people, telling them why they  qualify to be governor and what they would bring on board if they eventually emerged.

But as a political stakeholder and a man who has the interest of the State at heart, history  must not  repeat itself in Bayelsa, where a governor would anoint a candidate and there will be crisis in the state thereafter.

We have seen situations where a candidate, who is not popular is anointed by a sitting governor against a popular one, making the party to lose election in such state. A specific example is what happened in Imo State, where former Governor Rochas Okorocha anointed his in-law against the wishes of the people. Another example is when Ibinkule Amosun anointed somebody different from what the people wanted. In both states they lost.

We as stakeholders, who have the interest of Bayelsa State at heart, are appealing to Governor Dickson to play the role of a father in the forthcoming election in the State and allow the aspirates to go to the field, so that a better and popular candidate will emerge.

We have seen a situation where an anointed candidate turned against his mentor. So many governors are presently at war with their predecessors and we don’t want such to happen in our peaceful state, where the governor is doing very well.

We want the governor who will emerge to continue from where Dickson would stop and build on his legacy and continue with his developmental strides that have endeared him to the people.

We are not saying that the governor cannot influence a candidate; a better one at that to emerge, but we are simply appealing to him to allow a level playing field to prevail so that a better and a popular candidate that would serve the interest of the people can emerge.

Of ICPC And Unlawful Interference In Civil Matters