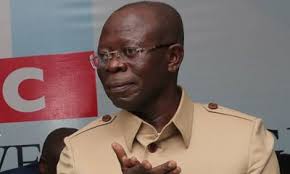 The All Progressives Congress (APC) has said that it will be guided only by its rules as provided for by its constitution in the conduct of its primaries for the governorship election in Kogi state and other places.

National Publicity Secretary of the party, Mallam Lanre Issa-Onilu said in a statement that the party may review its decision to use the indirect primary in Kogi state after studying the merit of a petition from stakeholders in the state against the mode approved by the party.

He reminded party members in the state that the party constitution provides for three modes of primary depending on the peculiarities of each state as endorsed by the National Executive Committee.

The statement reads: “the National Working Committee (NWC) of the All Progressives Congress (APC) has received petitions from some stakeholders in Kogi State in reaction to indirect primaries adopted for the election of the party’s candidate for the forthcoming Governorship election in the state.

“The NWC will look at the merit of the petitions in line with the party’s constitution and come out with a position in due course.

“The NWC, therefore, thank the aggrieved APC stakeholders in Kogi State for the peaceful manner in which they have conducted themselves so far and their trust in the NWC to do the right thing.

“It needs restating that the APC C) constitution which was reemphasized by a decision of National Executive Committee (NEC) provides for three modes of primaries to elect Party candidates – Indirect, Direct Primaries and consensus – depending on the peculiarities of the state and preferences of the stakeholders in respective elections.

“We assure all concerned parties that the NWC would be guided only by our rules.”

Related Topics:Kogi gov primaries
Up Next