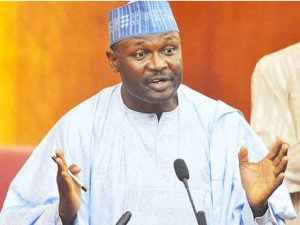 The Independent National Electoral Commission (INEC) has fixed August 3, 2019 as the date for the bye-election in Pengana State Constituency of Plateau State.

This followed the demise of the member-elect, Ezekiel Afon, who died while celebrating his victory from the poll shortly after he was declared winner of the election.

A statement signed by Head of Department (HOD), Voter Education and Publicity of INEC, Osaretin Imahiyereobo, said the timetable for the by-election had been approved.

His words: “The Independent National Electoral Commission (INEC) has approved the timetable and schedule of activities for the by-election into the Pengana (Bassa 1) State Constituency of Plateau State scheduled for August 3re, 2019.

Related Topics:Bye-electionPlataeu Assembly
Up Next

….Gbajabiamila To Be Steadfast – Groups