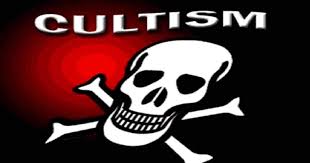 In April this year, the news broke of the gruesome murder of a former member of the Anambra State House of Assembly and President-General of Nimo Town Union, Chief Anthony Igboka.

Chief Igboka who was killed by a gang of cultists, was shot in his car few minutes after 8pm along the road at his Eke Nimo community while he was driving out from a restaurant somewhere in the town.

Chief Igboka’s case is just one of many such killings occasioned by the frequent clashes between rival cult groups in the state.

The state Commissioner of Police, Mr Mustapha Danduara, who only assumed duties in the state is worried at the high number of cultists in the state. According to him, unless urgent action is initiated to stamp out the current level of cultism in the state, in a very near future the state may no longer have people it will be proud of as credible leaders.

Bemoaning the high level of cult activities in the state, including in the urban and rural areas, the state police boss stated that the most saddening about the situation is that those involved in the unlawful activities are essentially youths, including under-aged children, some of whom are even in secondary schools.

He stated that it was the state governor, Chief Willie Obiano who actually let the cat out of the bag when he visited the governor shortly after he assumed duties in the state about four months ago.

Danduara said that he was later to confirm the governor’s worries in his first meeting with all the Area Commanders and Divisional Police Officers.

The police commissioner who spoke to our reporters  Weekend at the state Police Command headquarters, Amawbia said, “When I assumed duty in March this year, during the first courtesy call I paid to the governor, he specifically mentioned cultism as one of the major security challenges in the state.

“He stated that it is spreading like wild-fire in the state. He told me that he would love to see that I concentrate on this menace of cultism.

“My interactions with my officers, including the Area Commanders and the DPOs, and reports from the Criminal Investigation Department (CID) operation department, all confirm this menace of cultism in the state.”

Indeed, anyone who is familiar with the trend of insecurity in Anambra State will certainly attest to the frequent clashes between members of rival cult groups and the frightening casualty figures that trail each clash.

Just within the first three months, CP Dandaura ordered manhunt of cultists. The operatives of the Special Anti-Cultism Squad (SPACS) of the state police Command headed by a Chief Superintendent of Police, Mr Christopher Bassey during raids in flashpoints successfully smoked out and arrested over 700 suspected cultists across the state.

Police say investigations showed that within the three-month period about 40 deaths were recorded while hundreds of others sustained various degrees of injuries during clashes between rival cult groups.

The most popular cult groups in the state the Police Commissioner said are the Vikings and Black Axe Confraternities. He said that investigations showed that the female youths are not actually members of the cult groups. He said that most of the ladies arrested along with the male cultists are essentially girl-friends of the cult members.

The two suspects so far arrested in connection with Chief

Igboka’s death by the CSP Bassey-led SPACS operatives have admitted their membership of a cult group. The first suspect, one Chigbo Aniebo, aged 27 years and the second one, Okoye Ernest Chinwe, is 34 years old.

While Aniebo hails from the same Nimo community as Chief Igboka, Chinwe hails from Obosi community in Idemili-North local government area. Instructively, when they were paraded at the state police headquarters, they admitted their membership of the Vikings Confraternity. Aniebo named other members of his gang who participated in the killing of the Nimo community leader as, one Smart from Aguleri community in Anambra East local government, Chukwunonso, alias “Nwasami” from Obosi as well as one Obinna Okafor from Onitsha, Anambra state’s commercial hub.

Police investigation showed that Chief Igboka was killed because he was the nemesis of cultists in his Nimo community. The police commissioner who confirmed this when he paraded Aniebo said, “Chief Igboka was a great man. As PG of Nimo, he co-operated with us. He was always reporting those who are cultists in his community to us, and, we have been arresting them. This is why they killed him.”

Dandaura said that cultism pervades in the state because most parents, guardians and community leaders, including some traditional rulers and other stakeholders in the communities are not paying proper attention to their children. He said that in some areas the youths are sponsored to belong to cult groups by wealthy indigenes who are engaged in power tussle in the community.

The state police boss named Obosi community as one of the areas where the activities of cultists are most prevalent because of the tussle for the traditional stool of the town.

The opposing camps in the area, according to the state police Commissioner are sponsoring cultists in the town to fight on their behalf.

Apart from Obosi, other areas where the activities of cultists are prevalent according to statistics at the state police command include, Awka, the state capital, Ihiala, Ekwulobia, Isuanaocha, Ogidi, Nkpor, Aguleri, Nteje, Nando, Igbariam, etc.

The commissioner said, “From my observation, every community in Anambra has the issue of cultism; young people are being initiated into it on daily basis, killing themselves, wasting their lives.

“And the parents are watching helplessly. I have had meetings with traditional rulers and Presidents- General, and, I have told them that police alone cannot fight cultism; that the communities have roles to play. We get report of killings associated with it regularly.”

The worst place in cultism activities is Obosi.  It is a daily affair because there is Igweship tussle there. Two groups are fighting for the Igweship: the one recognised by the state government and the one not recognised.

“These groups are recruiting supporters and the supporters have formed themselves into cult groups and have become violent, fighting each other. If they kill one in this confraternity, the other group will take revenge.

“Other communities also have the same problem; every community where you have Igweship tussle you will see young men being killed in cult related clashes.

Incidentally, not only a few indigenes of the state are worried over the menace of cultism in the area. A traditionalist, Mr Igwebuike Okwube, a native of Ebenebe Community, Awka-North local government and Mrs Okalor Oluchi, a mother of six and specialist in child mentoring from Abagana, Njikoka local government area  have expressed worries that unless something was done urgently, the state stands the risk of not having future leaders.

Arusi Ebenebe for instance stated that more than 80 percent of the youths now smoke Indian hemp and indulge in other immoral acts, adding that the most worrisome of the situation is that most youths now no longer take advice from the elders. “The level of moral decadence among our youths now is so high that we are facing the risk of not having any future leaders in this state.

Mrs Okalor said that the youths are into drugs which is what is pushing them into criminal activities including cult membership. She said that indulgence in drug is rampant among youths in virtually all the communities in the state. One of the syrups according to her is known as “snow-ice”.

Though the SPACS operatives have shown demonstrable capacity to purge the state of cultism, the state’s legal system, however appears to be one of the major setbacks in the fight against the scourge. The state

Commissioner of police lamented that suspects they charged to Court normally regained their freedom soon after they were arraigned in the Court because their cases are only being tried at the Magistrate Courts. He said that because payment of fine is the highest punishment for indulging in cultism, those who were found guilty easily pay such fines and regain their freedom immediately, and, thereafter go back to the unlawful assembly.

He advised that for the fight against cultism to yield the desired result, there is need for the state government to enact a law that will prescribe harsher punishments, including imprisonment against anyone convicted for indulging, and, or even sponsoring and abetting cultism. He suggested that offences relating to cultism should be made to be tried in the High Court and to attract imprisonment to those found guilty.

He further lamented that because some of the suspects are under-aged, the Command is being constrained to release them after counseling.

The commissioner therefore stressed the need for the state government to establish rehabilitation centres to undertake rehabilitation of cultists as according to him, “The issue of cultism in Anambra is something that the government has to intervene seriously and a strong law has to be enacted against cultism to stop the menace from ruining the society.

“The present law and Magistrates are not helping matters. Anytime you charge them to court they are granted bail and nothing is heard again about it, and these same boys will come back to the society to continue with what they are doing.

“If nothing drastic is done, I am afraid we will not have future leaders. In the universities they don’t graduate, they are expelled, become frustrated and a problem to the society.

“We are calling on the state government to take over the reformation of these youths, we cannot continue arresting and releasing them, the social welfare and development department of the state should be empowered to build corrective facilities to take care of these juveniles till they attain legal age and before then they must have learnt their lessons and turned a new leaf.

“The anti-cultism department of the SCID has been empowered through posting of more and professionally trained personnel. Just last two weeks we reshuffled the based on the recommendations of the officer in charge

“The police is ever ready, we have the manpower, logistics even finances to make sure they succeed and that is why they are raiding hideouts and effecting arrests daily. Since I assumed duty, casualty rate is over 40 and more than 100 badly wounded are receiving treatments in hospitals and native doctors’ homes.”

Abuja Massacre: Need For An International Judicial Commission Of Inquiry!