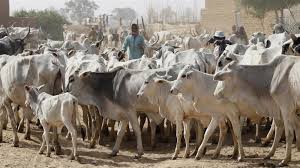 The Youth Wing of Ohaneze Ndigbo has stood with President Muhammadu Buhari for suspending the proposed Ruga project just as they restated their opposition to it in the South East zone.

In a statement by its Deputy National Youth Leader, Dr. Kingsley Dozie, they lauded Buhari for taking the step, adding ” he should go beyond suspension and totally scrape the proposal”.

The statement read in part:”In as much as we commend President Buhari for heeding the voice of reason to suspend the proposal, what we need is total abolition and not mere suspension.

“In view of the tension and row triggered by the proposal and the nationwide condemnation that has trailed it, the right thing to do is to jettison the idea in the interest of peace and national unity.”

The youth cited the reported Wednesday shooting at Ohaji Egbema in Imo State by suspected herdsmen as part of their reasons the project will constitute a sourse of insecurity.

According to the youth wing of the apex Igbo socio-cultural organisation, the zone does not have enough land for the farmers let alone for cattle colonies established by the government.

They argued that for him to alley the doubt and suspicion created by the proposal, he needs to come up with a peaceful solution to the herders/farmers crisis which has claimed many lives and property.

The youth extolled the governors, monarchs, political elite and the people for standing up against the proposal, adding that the contrary would have amounted to compromiing the security of the zone.

Insecurity: warns herdsmen and communities not to take law into their hands

…As IMF Set To Consider Congo Republic Bailout On July 11