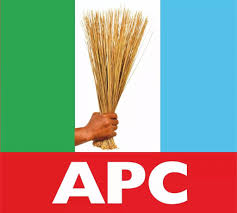 Down memory lane, in 2013 and in preparation to the 2015 general elections, Nigerian leaders and the masses who seemed to be tired with the way the then ruling Peoples Democratic Party (PDP) were managing the affairs of the country with bedeviling insecurity, corruption, and impunity looked for a viable alternative to purposely get the country out of the woods and mismanagement.

Looking outward, the idea of floating a new, strong, and vibrant political party that will match the then mighty PDP was therefore conceived and in February 2013, the new platform came into being as the result of the merger of Nigeria’s three biggest opposition parties–the Action Congress of Nigeria (ACN), the Congress for Progressive Change (CPC), the All Nigeria Peoples Party (ANPP), a faction of the All Progressives Grand Alliance (APGA) and the new PDP– a faction of the then ruling Peoples Democratic Party.

It was expected that some people who might have thought that, the wavering impunity and gross corruption under the PDP will forever last, became jittery while gullible ones amongst them were traversing the corridors of the country telling their listeners that, the party will rule in the next 60 year.

Indeed, the efforts to frustrate the movement began.
Even after the successful merger, some disgruntle elements that see the party emergence as a threat, tried several means to frustrate and scuttle the registration of the APC as a political party and at a certain time, some people went and approached the Independent National Electoral Commission (INEC) seeking to register a party with the same acronym, APC.

But as God may have it, APC has come to life when the party received the approval from the nation’s INEC on 31 July 2013 to become a political party and subsequently withdrew the operating licenses of the three parties that merged the three legacy parties; ACN, CPC and ANPP.
Since then, the APC started to grow its wings in the country and President Muhammadu Buhari became the party’s presidential flag bearer for the 2015 Presidential Election.

Infact, with him as candidate, and his wide political support and uncommon acceptability across the nation, many believed that, the country will be better again under the leadership of the APC and Buhari as the president of the country will restore its lost glory.

But unfortunately after the election that gave the party victory in virtually all over the country, particularly winning in all the 7 states of the north western and 4 out of the 6 states of the north east, the internal wrangling and the enemies of the party within, are doing all things possible to destroy the party, the goodwill of Mr President and return the nation to its gloomy days of the past.

Bauchi State was one of the few states that has been regarded as the stronghold of the APC where in the 2015 general election, out of the 1,039,775 registered votes in the state, President Buhari pulled 931,598 beating the incumbent, President Jonathan woefully who scored only 86,085 votes.
In the governorship election, Barrister Muhammed Abdullahi Abubakar defeated the PDP’s Muhammed Jatau by scoring 654,934 against Jatau’s 282,650 in spite the fact that; the state was under the control of the PDP government.

I think there is nothing that could show acceptability of the APC in Bauchi than the 2015 election results.
Unfortunately, as soon as he took over the mantle of leadership in the state, Governor Abubakar has come under serious acrimony from the Abuja-based APC led by Hon. Yakubu Dogara and the whole adversaries started when the governor as the leader of the party in his state, threw his support to the party’s candidates during the election of the leadership of the National Assembly.

Governor Abubakar’s idea was that, party supremacy must be respected and Dogara, who was just in the party to win election, was in so much desperation to become the Speaker of the House and he subsequently dared the party’s position.

Another crime of Governor Abubakar was that, he has changed the status quo where few persons decide the fate of the state on who gets what and when.
In fact, Dogara, not minding the fate of the party he rode on to become a member, continued to fight the governor unjustly and at many instances, frustrated the Buhari administration before he finally left to where he belongs.

It’s pertinent to know that, some people in the APC who were either cowards or traitors, some even holding strong political appointments under the APC government, connived with the PDP against their own party in the 2019 general election and hand over the state to the PDP, so that they will continue to enjoy the only thing they have as their stock in trade; siphoning government treasury.

At least, the antecedents of the person they’ve brought and supported tells a lot on that idea.
Since the emergence of the PDP’s Bala Muhammed was challenged before the election tribunal, we therefore, pray fervently that, the charade that gave victory to someone who only won in 3 out of the 20 local governments in the state will be reversed.

It’s annoying that, beyond what has transpired in the 2019 election, the enemies of the APC still connived with the PDP to install a Speaker of the State House of Assembly in a very shoddy and questionable manner.

It’s really baffling that, in all these struggles, it’s only Governor Abubakar that has stood firmly in the side of the party.
The pertinent question is that, where are those masquerading themselves as the stakeholders of the party when the party is facing enormous challenges in the state? No wonder, most of them aren’t passionate about the party and were equally behind what’s happening to the party in the state.

It’s better for PMB and the national leadership of the APC to know who the genuine party loyalists in Bauchi State are and to work with them in maintaining the dominance and relevance of the party in the state.

Police Beefs Up Security In Osun Ahead Of  Governorship Election Judgement