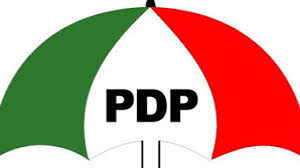 In view of the Supreme Court judgement on the September 22, 2018 governorship election in Osun State, the Peoples Democratic Party (PDP) has expressed confidence that its candidate, Senator Ademola Adeleke will be declared winner.

Adeleke contested against Adegboyaga Oyetola, who was declared winner of the poll.

Though the tribunal declared Adeleke winner of the exercise, the Court of Appeal reversed the decision of the lower court. Adeleke however went to the apex court for redress, which comes up on Friday July 5, for final ruling.

The deputy national publicity secretary of the PDP, Diran Odeyemi, has said that the party is optimistic of victory, adding that the party has a good chance of doing a victory dance.

He said: “We are hopeful that justice will be dispensed in our favour. We have presented a good case and established how we were rigged out by the All Progressives Congress, APC and we believe in the judiciary for an unbiased judgement. We are hopeful, the people of Osun State are hopeful too as they are yearning for Senator Ademola Adeleke as their governor.”

Also speaking, a civil society organisation, Crusade for Greater Nigeria, CGN, has called on President Muhammadu Buhari not to interfere in the expected judgement, noting that the eyes of the world are on the nation’s judiciary.

CGN leader, Prince Benedict Onyewuenyi stated this while addressing journalists in Abuja and called on Chief Justice of Nigeria, Mohammed Tanko to walk his talk of a promise of non-interference as the justices of the apex court get down to the business of writing their judgement in the next few days.

While insisting that Adeleke did well to have been declared winner of the governorship election, Prince Onyewuenyi said the onus is now on the Supreme Court to prove that indeed, the law is sacred at all times.

He said: “This is the time for President Muhammadu Buhari to show statesmanship. He shouldn’t care which party takes the seat but should allow the learned justices to deliver their judgement without any form of inducement or harassment.

“Do not forget that recently the Acting Chief Justice of Nigeria; Mohammed Tanko stated that nobody living or dead can influence the decision of the apex court. He added that the court would not dance to the tunes of anybody. I do believe he will write his name in gold if he keeps faith in these words.

“I believe that if a candidate wins an election with a clear margin of about 353, such a candidate should be declared the winner. Adeleke won in two-third of the local government areas in the state and constitutionally, he should have been declared winner of the election. Elections held in all the 30 LGAs and a candidate came out victorious.”

Onyewuenyi who was in Osun State as an independent observer during the polls however urged the people of Osun State to remain calm,  adding that the pains they have been forced to live with will soon become a thing of the past.

“I urge the people to remain calm as they await the judgement. The people have not had it good in recent times owing to backlog of salaries arrears and unpaid pensions. They see Adeleke as a man of the people, a grassroots politician.

“The entire world will use this issue to rate us as a people, as a nation. The Osun case will demonstrate our readiness or otherwise to embrace justice and fair play,” he stressed.

APC Politics And Issues At Stake In Bauchi