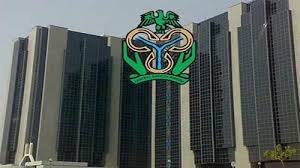 In an effort to achieve the financial inclusion goal of 80 per cent of the adult population set for the country, the Central Bank of Nigeria (CBN) has set a goal of 64 new customers per branch every month for Micro finance Banks in the country.

As at February 2019, there were 898 MFbs licenced to operate in Nigeria. Out of this figure, nine have National operating licence and are able to have branches across the country while 112 have state licences which limits their operations to one state. The CBN also licenced 777 unit MFBs which have just one office.

The National Financial Inclusion strategy (NFIS) which was launched in October 20I2 and revised in 20I8 is targeted at increasing the percentage of adult Nigerians who own bank accounts and use formal financial services from the baseline figure of 46.3 per cent in 20l0 to 80 per cent by 2020.

It had recently said MFBs were not doing enough in reaching out to the unbanked in the rural areas as they are mostly concentrated in urban centers. In a letter to all MFBs on the revised national financial inclusion targets signed by the CBN director, Other Financial Institutions Supervision Department, Tokunbo Martins, each branch of MFBs in the country are to mobilize 774 new accounts annually.

The letter noted that in a bid to mobilize stakeholders on the Revised National Financial Inclusion Strategy (NFIS 2.0) and accelerate progress towards the achievement of the target, “the CBN had held a stakeholders’ forum for all financial service providers in the six geo-political zones in the first and second quarters of 20l9 which was attended by representatives of MFBs.

“The objective of the Forum was to expose stakeholders to the detailed provisions of the Revised Strategy (NFIS 2.0) and their expected roles/responsibilities in the financial inclusion agenda.

“One of the major resolution reached athletic the event was the setting of target for each branch of a microfinance bank to acquire 64 new customers per month. This translates to 774 new bank accounts (measured by new BVN registration) per branch per year.

“Given the urgency of this task, it is important to cascade the target to your branches for their information and implementation. This means the new accounts must be for individuals who do not previously have a bank account. All MFBs are hereby requested to implement the above resolution and disseminate same to all their branches (where applicable) to ensure concerted efforts towards achieving the overarching target of 80 per cent financial inclusion by the year 2020.”

SEC vs Oando: A Review of SEC’s Powers