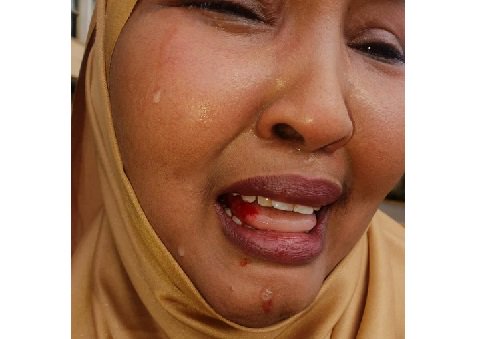 A member of the Kenyan Parliament representing Wajir East, has been arrested hours after allegedly assaulting

Gedi was allegedly beaten up on Thursday morning by Kassim in the parliament building.

It is alleged that Gedi engaged him in a heated discussion before she was assaulted by the MP.

The MP demanded to know why Gedi, who is a member of the budget committee, did not allocate any money to his Wajir East constituency.

Gedi narrated that she was with her Homa Bay counterpart Gladys Wanga when she met the Wajir East lawmaker.

“He called me stupid and nonsense and then he beat me. I was shocked, I could not believe it. He came again and hit me.

“I told him that Wajir County was only allocated Ksh100 million and we had to allocate money to only areas of priority to the region like water and roads but he told me that was nonsense,” she highlighted.

The Home Bay Woman Representative confirmed she was present during the incident citing, they were heading to the Protection House when Amin met her.

“They started to converse in Somali so I just stood by to wait for Gedi. A few minutes into the conversation I just saw him hitting Gedi on the cheek, she was crying and bleeding. I didn’t know what could lead to that.

“I was surprised that a colleague can assault a female member,” Wanga narrated.

Gedi was then taken to the Karen Hospital for treatment.

Report says that Kassim was already arrested by the Kenyan Police. (NAN)

Related Topics:Law maker
Up Next