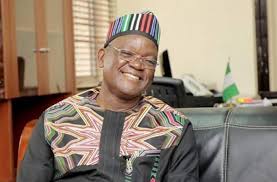 Governor Samuel Ortom of Benue State has told the people of the State that his second term in office as the executive governor through their sacrifices would be a pay back time.

Ortom disclosed this in a radio programme on Friday in Makurdi, the State capital.

According to him, “The voice of the Benue people is the voice of God. That was actually demonstrated by the people during the last polls. It is now payback time through hardwork and commitment to the advancement of the Benue project.

“It will witness a radical departure from the past and usher in radical changes that will impact positively on the lives of the people who stood up for me when it mattered most.

… EFCC’s Anti-Corruption Summit To Be Open On Tuesday

AIT Back On Air As Court Nullifies NBC’s Suspension