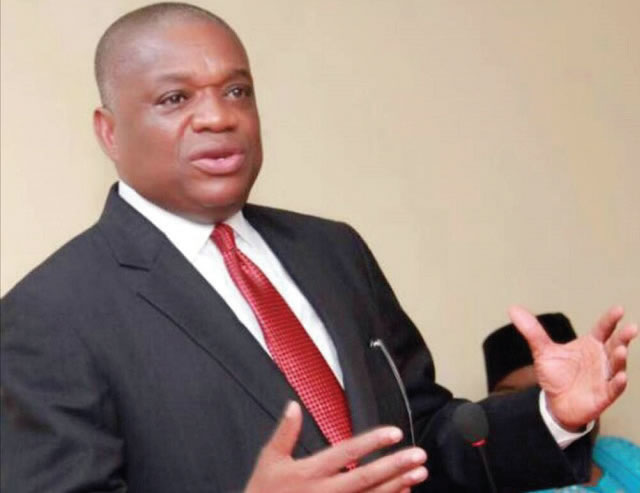 Former governor of Abia State and Senator-elect, Dr. Orji Uzor Kalu, has reinforced his earlier stance that the South-East geopolitical zone must be represented in the leadership of the ninth National Assembly, specifically the Senate.

He also revealed that plans were underway to bring feuding leaders of the ruling All Progressives Congress (APC) together to find a lasting solution to the crisis rocking the party.

Kalu who spoke when he appeared on a national television programme, said it would be unfair to leave out the South East in the distribution of key elective political positions, despite the significance of the region in the scheme of things.

The inauguration of the ninth National Assembly and election of principal officers is slated for June 11.

He argued that key positions had already been zoned to other geopolitical zones, including the South-south, which currently has the position of the national chairman of the party.

Asked how his position would impact the region (South east), Kalu said it would give the Igbo a chance to be represented whenever serious of national issues were on the table.

“I am a former governor and these things should matter. So, in terms of competence, I have all. I am not running for this office because of myself. To be very frank, I don’t need this position. But the position needs me.

“People have asked me what the position will do for my people. I can assure you that once I am elected as deputy president of the Senate, I will lead the drive to ensure that APC makes more inroads into the region.

“The first casualty will be Anambra State. We will take over the state during the next governorship election. I will personally lead that campaign as deputy president of the Senate.”

Insisting that sidelining the South-East would be against the principle of fairness and federal character, Kalu said he will be nominated on the floor and will emerge as deputy president of the Senate.

He revealed that contrary to claims by other contestants for the top job, the position was yet to be zoned to any part of the country, including the South-south.

“I have met with President Muhammadu Buhari. He told me personally that he was interested in the position of the president of the Senate and Speaker of the House of Representatives. He said the rest of us can vie for other positions.

“He said he wanted Ahmad Lawan and Femi Gbajabiamila. So, nobody can come out and tell me what is not true when I have access to the president. These are the facts and no one can contradict me.”

On the crisis rocking the party, the senator-elect said APC had already lost seven states to the opposition Peoples Democratic Party (PDP) and must, therefore, put its house in order to avoid any further depletion of its rank and file.

As part of plans to find a solution to the crisis, Kalu said he would meet with critical stakeholders of the party, including President Buhari, Asiwaju Bola Ahmed Tinubu, Chief John Odigie-Oyegun and Adams Oshiomhole.

“They are my leaders. I will bring in Tinubu and talk to the president to intervene in the crisis. This is what I plan to do.

“In the next two weeks, we should come up with a solution and these things will be history. There is no doubt about that. The crisis will be over soon. I can assure that as a person,” Kalu noted. The Sun