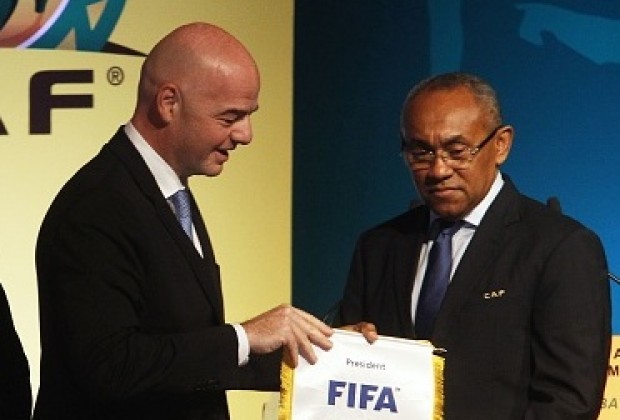 World football governing body, FIFA has demanded details of yesterday’s arrest of the President of the Confederation of African Football (CAF), Ahmad Ahmad, in France from the French authorities, to enable its Ethics Committees investigate fraud allegations leveled against him.

Ahmad was arrested by French police at the Berri Hotel in Paris over alleged fraud.

According to Jeune Afrique, the CAF president was detained at 8:30a.m local time and was expected to face the anti-corruption agency’s Central Office for Combating Corruption and Financial and Tax Crimes.

Ahmad was accused of misusing about $830,000 after allegedly ordering equipment via a French intermediary company named Tactical Steel. He had previously denied the accusations and claimed all the decisions were made “collegially”, insisting that the process was “transparent”.

In April, Reuters revealed that CAF Secretary General, Amr Fahmy, had accused Ahmad of bribery and misappropriation of funds.

In a statement yesterday, FIFA said it had taken note of the event and has demanded details from the French authorities, to enable its Ethics Committee investigate the allegations leveled against Ahmad.

The statement read in part: “FIFA is asking the French authorities for any information that might be relevant to investigations taking place within its Ethics Committee.” The Sun.