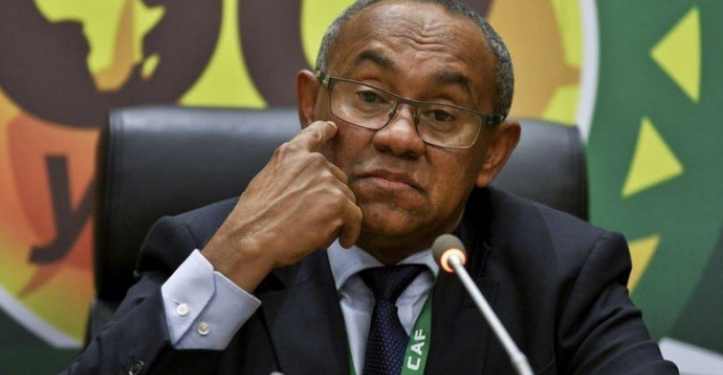 President of Confederation of African Football (CAF) Ahmad Ahmad has been allegedly arrested in Paris, capital of France.

According to a @jeune_afrique, the CAF president was arrested on Thursday morning at a hotel in Paris, where he was staying to attend the FIFA Congress.

It’s unclear why the Magdagalsy was taken away by police but the last few days have been very controversial for the African football body he is in charge of.

Less than 24 hours ago CAF’s executive committee decided to order for a replay of the 2nd leg of the CAF Champions league final which ended prematurely last Friday in Tunis.

The decision to replay the final has not gone down well with Esperance followers and many across the continent included some top followers of Mr Ahmad.

It’s unclear whether his arrest is directly linked to the Esperance Versus Wydad case but earlier this year there were issues of corruption and sexual harassment raised against the Football don especially by former CAF employees.

The next edition of the biggest football jamboree in the continent starts in 15 days in Egypt and will need the football supremo of the continent for a smooth football festival.

Daniel Sturridge And Alberto Moreno To Leave Liverpool This Summer