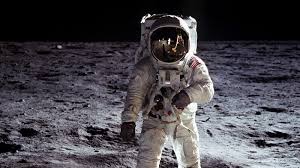 A newly discovered planet sitting in a solar system just 39 light years away has been dubbed one of the best targets for finding alien life, scientists have said.

A team of scientists that discovered the exoplanet were quoted by the USA Today online news as saying that the planet LHS 1140b was believed to be a rocky “Super-Earth.”

According to the scientists, the exoplanet sits right in the middle of its solar system’s habitable zone-the orbital region where it is neither too hot nor too cold for liquid water to exist.

An exoplanet or extra-solar planet is a planet that orbits a star other than the Sun.

The scientists said “the joint exercise revealed a small dim star circled by a small tubby planet, nearly seven times more massive than Earth and probably made in good part of rock.

“Such rocky world seems a better bet for hosting life than do the puffy gas planets orbiting other stars.

“The temperature is very mild and similar to what earth experiences today; that means the potential for liquid water on the planet’s surface.’’

They said astronomers had found roughly 20 Earth-sized planets that might support liquid water, adding that many were so far away that it would be a challenge to get to know them.

To date, more than 3,500 exoplanets have been discovered in over 2,600 planetary systems.

Why I Was Silent During The Ile-Ife Crisis – Emir Sanusi