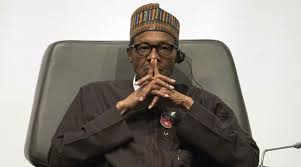 A group known as Chibok Ambassadors comprising of children sympathetic to the cause of school girls abducted in Chibok three years ago, has alleged that President Muhammadu Buhari is not committed towards securing the release of the remaining 195 girls in captivity.

Speaking with reporters at the entrance of the presidential villa in Abuja, some children who participated in the march organised by the Bring Back Our Girls (BBOG) movement in commemoration of the third anniversary of the abduction urged the president to use all possible means to ensure the girls are freed.

According to 10 years old Abubakar, “We are here to join our voice with others and tell the president to bring back our girls now and alive. How long shall we continue to wait? We want to see our girls back before the end of the month.

“There is no more room for excuses.”

Similarly, 8 years old Christabel Ibrahim also called on Buhari to reply the letter she wrote to him last year on the whereabouts of the girls.

“Till today, the president is yet to reply my letter. So, I want to also use this medium to ask him to address issues concerning our Chibok girls,” she said.

Maureen Kabrik, a BBOG advocate, alleged that Buhari had not shown enough concern about the issue.

Also speaking, Hosea Tsambido, chairman of Chibok Community in Abuja, said the girls had been in trauma for the past three years.

He said this should be enough reason other Nigerians should join in demanding for their release.

“If the remaining 195 girls are dead, Mr President show us the grave where they were buried. We want t to know the state or things,” he said.

US Military Drops ‘Mother Of All Bombs On IS’ In Afghanistan