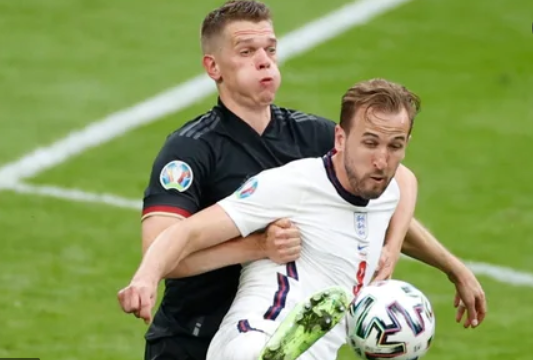 England avenged historic knockout defeats to Germany and underlined their credentials as genuine challenges for Euro 2020 with a 2-0 win at Wembley.

Raheem Sterling set England on their way to a memorable victory with a third goal in four matches at the Finals after 75 minutes before Harry Kane answered his critics with a second to send 45,000 supporters inside the national stadium into delirium.

England will meet Ukraine or Sweden in Rome in the quarter-final and the route back to Wembley for the final on July 11 should now hold no fear for Gareth Southgate’s side after one of the biggest wins in their modern history.

Related Topics:England eliminate Germany from Euro 2020
Up Next