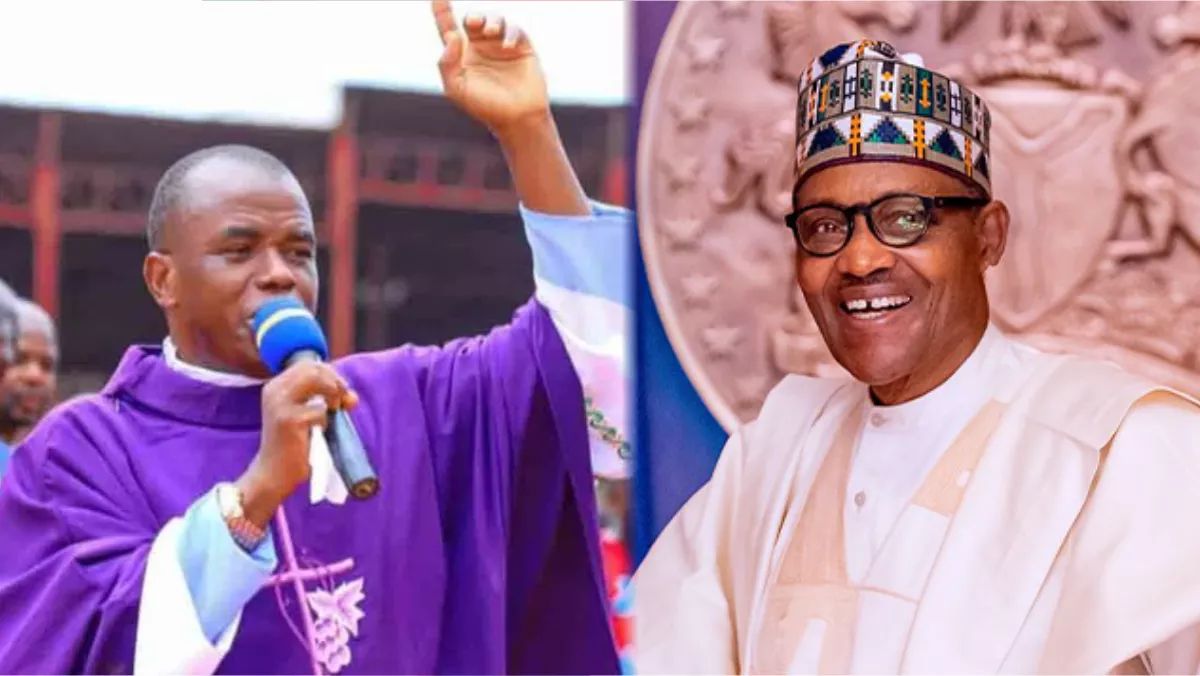 The Presidency has disclosed what it said were the reasons why Catholic priest, Reverend Father Ejike Mbaka of the Adoration Ministry demanded the resignation of President Muhammadu Buhari over the high level of insecurity across the country.

He also warned members of the National Assembly that if they fail to impeach Buhari and begin to fight him (Mbaka), something worse than what they ever imagined would befall them.

Presidential spokesman, Garba Shehu, in a statement yesterday said Father Mbaka had asked for contracts as compensation for his support when he visited the president.

Shehu said the refusal of the president to accede to Mbaka’s pecuniary demands necessitated his recent turnaround.

He said; “An outsider distilling the avalanche of verbiage will be surprised that after supporting the president two times to win the presidency, Father Mbaka has made a complete u-turn, preposterously asking President Buhari to resign or be impeached.

“Anyone familiar with President Buhari knows that he doesn’t break the laid down rules in dealing with contracts or any other government business for that matter. He requested the appropriate authorities to deal with the matter in accordance with laid down rules.

“Inside the Villa, discretion prevailed, that if those pictures and requests were made public, the followers would turn against the religious leader. None of it was released. Now, this is what is eating Father Mbaka,” he added.

Related Topics:Presidency reveals why Mbaka made u-turn against Buhari
Up Next

COVID-19: NAFDAC Approves Pfizer Vaccine For Use In Nigeria