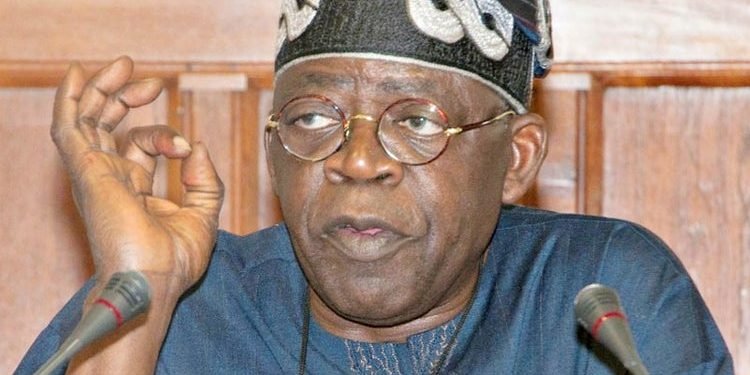 Chieftain of the All Progressives Congress (APC), Sen. Bola Tinubu, says the APC is loved by Nigerians and has bright chances of ruling the country beyond 2023.

Tinubu stated this when he fielded questions from State House correspondents after a closed door meeting with President Muhammadu Buhari at the Presidential Villa, Abuja.

He also reassured Nigerians that President Buhari respects the Nigerian Constitution and would vacate office at the expiration of his tenure on May 29, 2023.

He said: “The chances are as bright as a midnight star and we will continue to work for a better Nigeria.

“We cannot interject politics and assumption in everything, we have a nation to build.

“We have a baton to pass. You can depend on Buhari that he will not spend one hour beyond his tenure. He will comply with the constitution.”

The APC chieftain also charged all well-meaning citizens to remain united in the wake of current security challenges confronting some parts of the country.

He said all Nigerians must put aside their religious, political or ethnic differences and cooperate with security agents to surmount the problem.

He said: “Yes, every nation will go through these curves and difficult times but how we communicate it to the people and what are the areas to make it easier for the people to bear, those are ideas we have to be able to exchange with the leadership of the country.

“It calls for coming together to reduce banditry, move for unity and be able to bring a better Nigeria to the people because the welfare of our people is extremely important.

“This also calls for cooperation and understanding, effective security and effective giving of information.”

According to him, the president has the interest of all Nigerians at heart and will not like to see them facing difficulties.

“No president or a leader that will want to see his nation fractured in tribalism or religious differences and others.

“The current challenges call for serious management, evaluation and dialogue once in a while,” he said.

Gov. Babagana Zulum of Borno, who also met behind closed door with the president, told the correspondents that he updated President Buhari on recent happenings in the North-East region.

Zulum expressed deep condolences to the families of soldiers who recently lost their lives in the fight against terrorists in the North-East.

He said: “Let me use this opportunity to extend my condolences to the families of the deceased.

“I think it is my own responsibility to come and say the truth to the President, to let him know what is going on in the entire North-East sub-region.

“I think there is a need for us to get support in order for us to succeed in this war against insurgents.

“It is very pathetic; a few days ago, Damasak (Borno) was attacked, hundreds of people started fleeing Damasak and now, Geidam (Yobe) is almost deserted because many people have left Geidam.”

Related Topics:APC has bright chances of ruling Nigeria beyond 2023 - Tinubu
Up Next

Insecurity: PDP tells FG  what to do