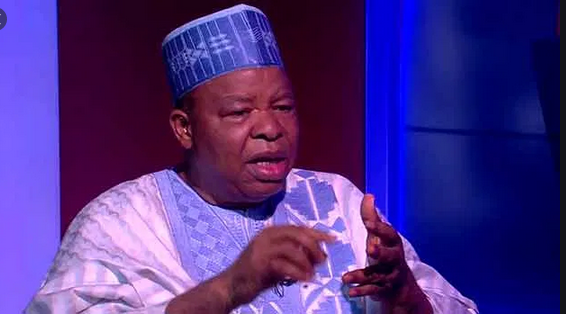 The North Central Peoples Forum (NCPF) declared yesterday that it’s geopolitical zone is eminently qualified to vie for the presidency in the forthcoming 2023 general election just like any other zone in the country.

The forum sounded a note of caution that its people would no longer be treated as second class citizens, stressing that it would support any of its members who indicated interest in the nation’s highest office.

Leaders of NCPF stated this during the inauguration of the Board of Trustees (BoT) of the regional body in Abuja yesterday.

Speaking at the event, a patron of NCPF and former deputy Senate president, Ibrahim Mantu, maintained that the zone is qualified to produce the president of the nation.

Mantu who underscored the crucial role the North Central region has played in the stability of Nigeria, also recalledthe leadership roles played by the former heads of state from the zone, General Yakubu Gowon (rtd), Gen Ibrahim Babangida (rtd) and Gen Abdulsalam Abubarkar (rtd) as well as the leading role played by former FCT minister, Gen Jeremiah Useni (rtd), who is chairman of the board of the NCPF.

“God brought General Gowon; and see the way he handled Nigeria even at a tender age. Only someone from the North Central can do that.

“Politically we have also salvaged this nation from 1999 till date. There was a time when most of the states from the North Central were being controlled by the government at the centre. What did we get in return? Minister of Sports, Information, Science and Technology”.

He further lamented that despite the fact that the former ruling party controlled only two states in the Northwest region namely Kaduna and Katsina States, they still had ministers of Works, Finances, Communication and other top ministries.

“But now we are saying no; monkeys will not work and baboons won’t be eating! We must reap what we sow properly. Nobody will treat us as second class citizens in this country anymore. We must be treated as first class, even first-first class. We are endowed with education; we are endowed with abundant resources; we are hardworking. Anywhere you see our people, we excel,” he stated.

The former deputy Senate president also cleared the air on the misconception surrounding the formation of the North Central Peoples Forum.

He said, “Many people are misconceiving the ideas about this forum. It is not working for anybody. Nobody has put us together to work for his interest. We are just committed people who believe that we should have a voice like any other zone.

“They call us all sorts of names but we need to have a clear definition of who we are. Yes, the middle belt is an association of northern ethnic minorities, but more than that we must be identified as one of the six geopolitical zones so that whatever is due to us will be given to us properly”.

Also speaking at the occasion, chairman of the inauguration, Architect Gabriel Aduku said the zone, as a heterogeneous entity, must be united in taking decisions that will benefit it, adding that their voice must resonate powerfully in key issues concerning the nation.

He said, “Our challenges are heavy but we are fortunate that we have many tribes – over 70 in our zone – which is an advantage. It is a great advantage if we exploit it. We need to put this heterogeneous together for the strength of this zone to keep this nation together.

“We are the belt of this nation and if this country is shaking as it is shaking today, we should be able to rise and help the nation. We are not going to allow this nation to crash because if it crashes we are going to blame ourselves.

“It has been analysed that those from this zone that have ruled this county have contributed enormously to this country, just three of them but there are many others out there. So why won’t we be proud to know that in this belt we are really gifted to bail this country?”

Related Topics:2023: North Central Qualified For Presidency - NCPF
Up Next