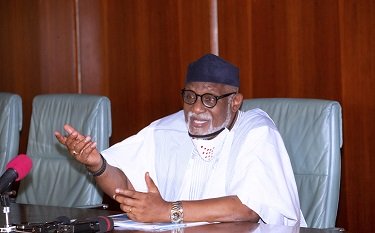 Gov. Oluwarotimi Akeredolu of Ondo State has described the death of Mrs Amaka Victor Ndoma-Egba as shocking and devastating, while condoling with the former Senate Leader.

This is contained in a statement by Mr Donald Ojogo, the state’s Commissioner for Information and Orientation, on Saturday in Akure.

Akeredolu also condoled with all those who lost loved ones in the auto crash.

“The governor, who prayed for the repose of the departed souls, said the death of Amaka was particularly a big blow to friends, associates and professional colleagues of the senator with whom he shared a level of commonality.

“This is a shared moment of sobriety and a hurt of immeasurable magnitude of our collective emotions.

“The government and the good people of Ondo State are no doubt, devastated and shocked at this incident.

“Our hearts and prayers as well as thoughts as government and people of Ondo State are with the Ndoma-Egba family as well as other affected families,” he said.

He prayed God to grant the former senate leader and all affected, the fortitude to bear the irreplaceable loss.

Related Topics:Gov. Akeredolu condoles with Ndoma-Egba over wife’s death
Up Next