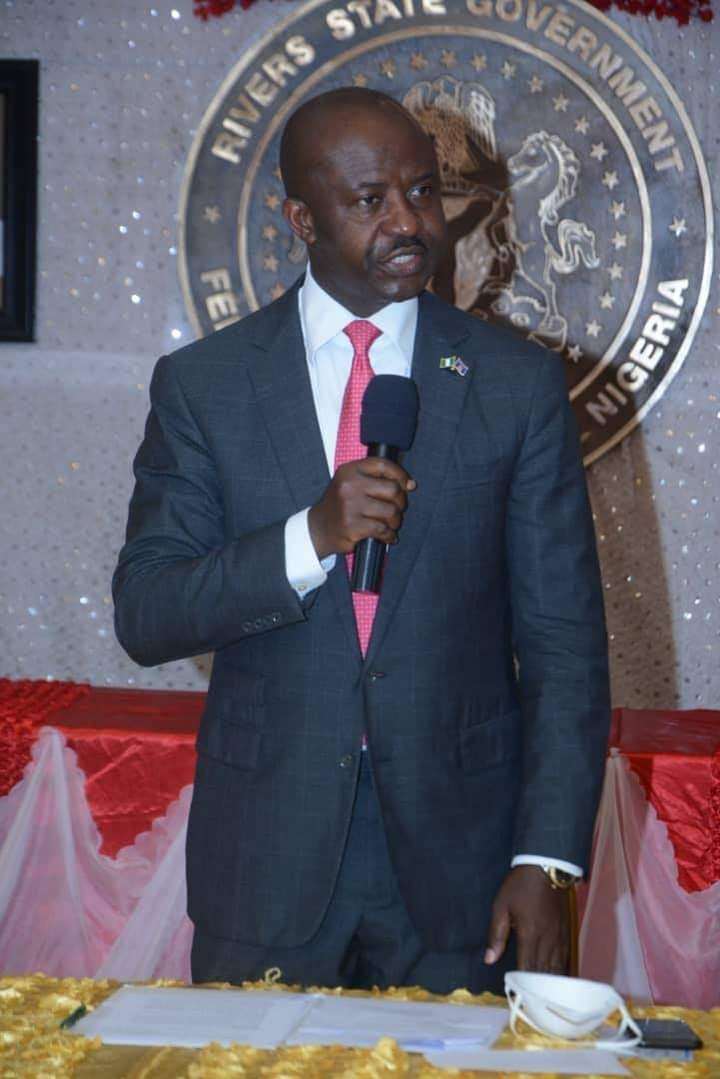 Danagogo noted that Corona Virus cannot be described as a mere disease as it has become a major global security challenge that has negatively affected all fascia of human co-existence adding that the Government of Rivers State is successfully overcoming those challenges.

Danagogo stated this while speaking to participants of the Armed Forces Command and Staff College, Jaji, during an interactive session with Government Ministries, Departments and Agencies on the theme; ‘Pandemic and National Security: Covid-19 in Perspective’, at the Government House, Port Harcourt.

“Rivers State Government started very early to wage the war against the pandemic. Governor Wike was very vocal about the dangers of the disease and implemented strict protocols backed by Executive Orders to ensure we do not allow community spread in the State.

“The Governor gave good account of himself in terms of proactive, pragmatic and rational leadership in the war against Covid-19. We are lucky that we have this kind of proactive Governor. I am certain that, if that same level of proactive and pragmatic approach was adopted nationally, we would not have been exposed to the virus as the nation experienced.

“Our borders were quickly closed and a lot of people insinuated we were challenging the Federal Government but that was a parochial view. The Security Council insisted on closing the borders because the moment Lagos was experiencing community spread, the next focal city was Port Harcourt.

The heads of the Security Agencies were patriotic and supported the efforts to implement strict measures but politics played into the challenge and the security heads were removed and our borders were opened which caused community spread in the State. However, despite the challenges presented by the change of security heads, the Governor was not perturbed as he had already setup different committees starting with the State Covid-19 Response Team headed by the Governor himself to tackle any such emergencies.

“Note that no matter what government or security agencies do, we need the understanding from the masses if we must win the war against the predicted second wave of the virus. But we are ready and hoping that we will succeed once again”, he added.

The Commissioner for Information and Communication, Pastor Paulinus Nsirim, noted that in addition to the tactical measures by the different committees, an all-encompassing communication strategy was implemented to create awareness and attitudinal change.

“Presently, we are transiting as a state, the State Executive Council Committee is going round schools to enlighten pupils and teachers as we transit,” he said.

The team Leader of the Participants, Brig. Gen. Victor Ebhaleme, thanked the Governor for his leadership, magnanimity and hosting the participants. He acknowledged that the participants have benefitted enormously from the data presented.

Related Topics:We are winning war against COVID-19 in Rivers - SSG
Up Next

Coronavirus: WHO urges greater vigilance in Africa as holidays near