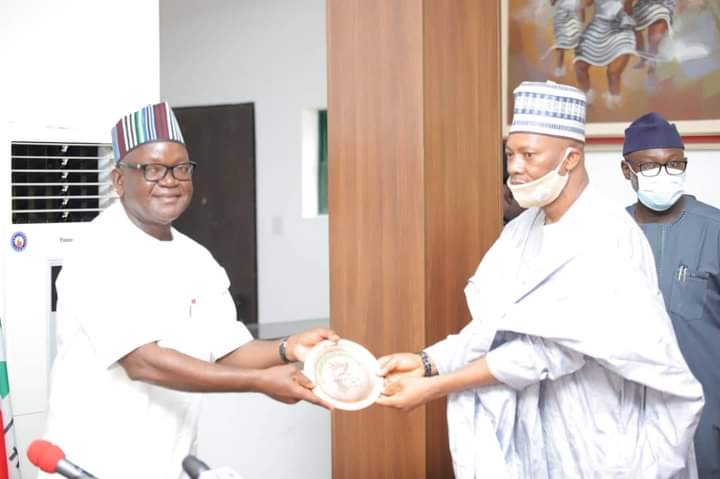 Governor Samuel Ortom has said antecedents of the new Vice Chancellor, Benue State University Makurdi, Professor Tor Iorapuu shows he has the capacity to deliver on his new assignment.

The Governor made the assertion on Mondsy at the Benue Peoples House Makurdi during a courtesy call on him by a delegation from the University of Jos led by Deputy Vice Chancellor Academics, Professor Tanko Ishaya.

He noted that Benue State University Makurdi had benefited immensely from the expertise and manpower produced by the University of Jos, stressing that Professor Iorapuu who came from same varsity was selected on merit.

Professor Tanko Ishaya while thanking Governor Ortom for allowing a transparent process that saw the emergence of one of them as BSU Vice Chancellor, said they were in the state to congratulate, pray and give him assurances of support, adding that Professor Iorapuu had been a great asset to UNIJOS.

Related Topics:Benue varsity: New VC's antecedent shows he will deliver - Ortom
Up Next

UK PM says he is well after COVID-19 contact