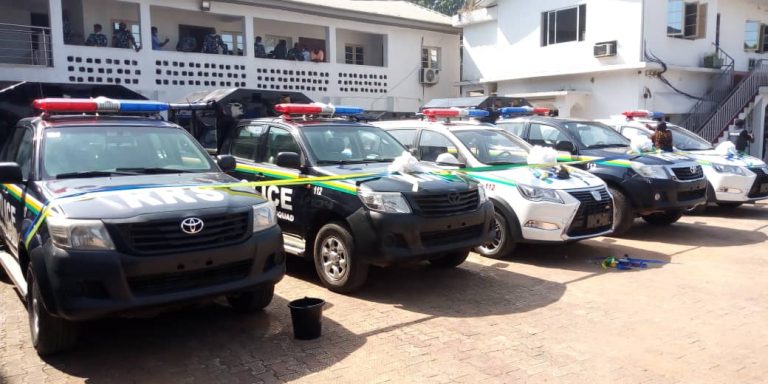 The governor also gave cash gifts to the families of police officers who were killed or maimed during the violent attacks which followed the EndSARS protests in the state.

It was gathered that next-of-kin of the four slain cops got N2 million each, the injured got N250,000  each to help them to meet some needs.

He promised to underwrite the hospital bills of the injured.

The Onitsha Area Command got N500,000 while the Command Situation Office got N1 million.

The governor said the gesture was to show appreciation to the police command in Anambra for its role in protecting public property and to commiserate with the families of those police officers  who were killed during the protests.

Obiano, who unveiled the Rapid Response Squad, said the 13 vehicles was to boost the logistics of the police and to enable it to flush out people living in uncompleted buildings.

“These are the major hideouts of the hoodlums from where they unleash their evil machinations, the vehicles should not be converted for social use such as weddings or escorting VIPs,” he said.

In his remark, Police Commissioner John Abang thanked the governor and appealed for assistance in the rebuilding and renovation of police stations and barracks in the state.

He expressed the readiness of the command to “reclaim the security space’’ in the state. (NAN)

Related Topics:cash to Police in AnambraGov. Obiano donates 13 vehicles
Up Next