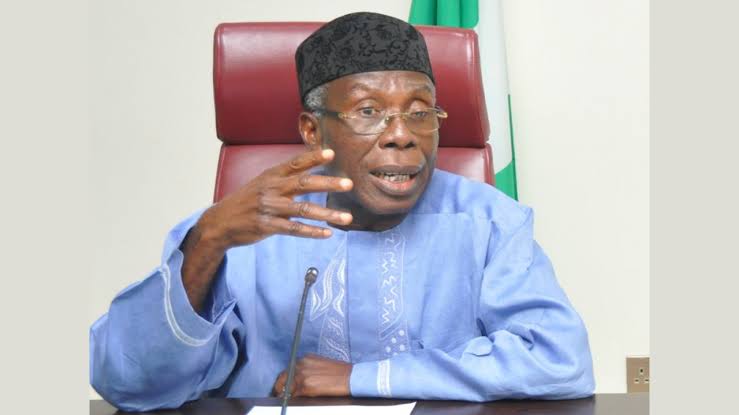 The Minister, Federal Ministry of Agriculture and Rural Development, Alhaji Sabo Nanono, has called for a greater involvement of the youth and women in agriculture.

Nanono made the call on Tuesday in Abuja at the “Debriefing of Outcomes of Socio-economic Surveys in Nigeria’’ led by the International Crops Research Institute for the Semi-Arid Tropics (ICRISAT) and its partners.

He said that there was a need to address the issue of the micro level value chain being practised in Nigeria by aiming for a higher one which would help engage more youths and women in agriculture.

“I hope this meeting will also address the link between agriculture and industrialisation and look at the value chain by looking at a higher level of value chain.

“We have to start thinking along that line and see how we can remove a large number of youths from our streets.

The minister said Nigeria needed to look at crops such as soya bean and sesame seed which, according to him, are crops with good potential for export.

He also said the crops had the potential to create jobs for the youth.

Nanono called on women to wake up and come out of their closets, be aggressive and
proactive in participating in farming business.

He urged women and the youth to be involved in agriculture to move the nation forward.

The minister noted that though sorghum was becoming an industrial problem the seeds planted in Nigeria were not standardised.

He advised that the issue should be addressed through education and massive orientation programmes to enable the people to understand the importance of standardising sorghum.

The Country Representative, ICRISAT, Dr Hakeem Ajeigbe, earlier in his remarks said seven major socio-economic studies were recently conducted in Nigeria on sorghum, pearl millet and groundnut, to assess the impacts of the technologies that had been disseminated in the past 15 years.

“A lot of investments by the Federal Ministry of Agriculture and other donors have gone into this in the past 10 to 15 years, so we are looking at the adoption.

Ajeigbe said the survey was also complemented by a study to analyse the role of gender and youth contributions in the agricultural chain in Nigeria.

He expressed the hope that the outcome of the survey would help the minister in future policy decisions.

The News Agency of Nigeria reports that ICRISAT is a non-profit, non-political organisaion that conducts agricultural research for development in the dry lands of Asia and Sub-Saharan Africa.

ICRISAT and its partners help to empower the poor to overcome poverty, hunger and degraded environment through better agricultural practices.

Related Topics:Minister calls for greater involvement of youthwomen in agriculture
Up Next