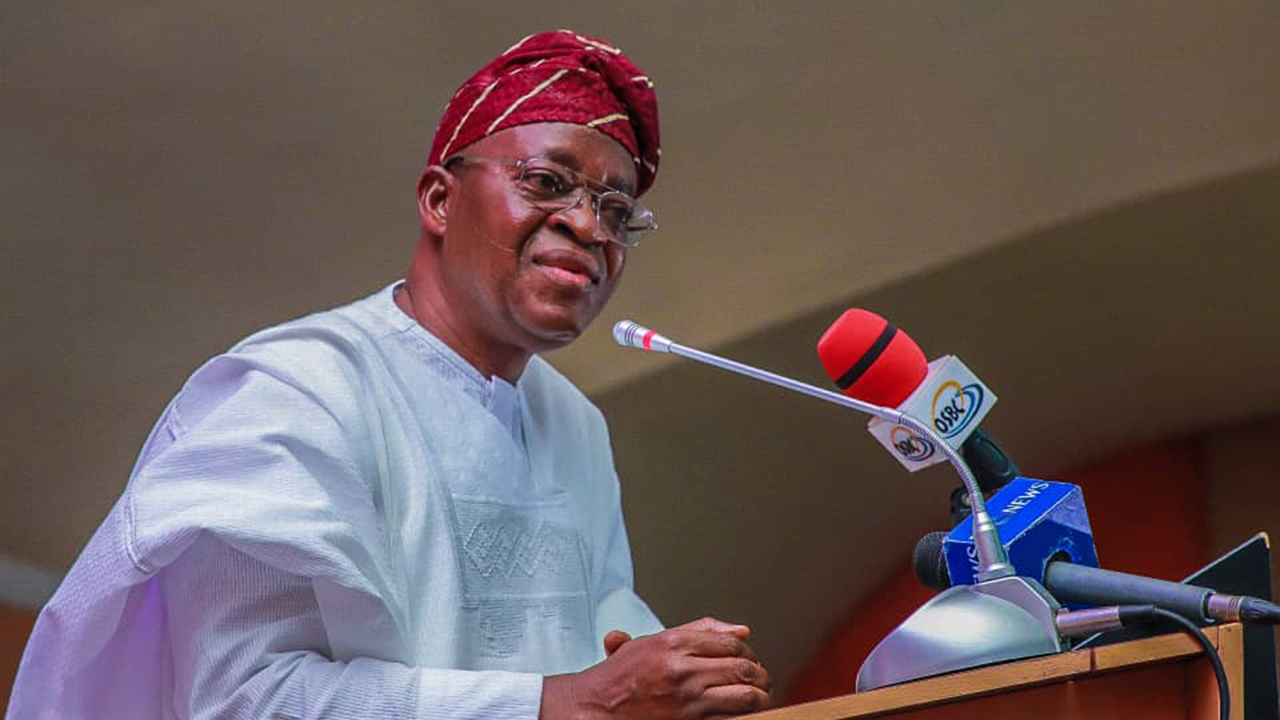 Gov. Gboyega Oyetola of Osun on Tuesday presented the  2021 budget estimate of N109,855,051,640 before the state House of Assembly for consideration and  approval.

While presenting the budget christened “Budget of Providence”,  Oyetola said the 2021 budget would be the 30th annual budget of the state since it was carved out of the old Oyo State on Aug. 27, 1991.

He said budget presentation was in consonance with the constitutional provision as enshrined in Section 121(1) of the 1999 Constitution of the Federal Republic of Nigeria (as amended).

Oyetola said that the budget would be funded by federal allocations (45.75 per cent of the budget), internally generated revenue (24.26 per cent ), aids and grants (22.88 per cent) and other capital receipts (7.11 per cent).

The governor said the bulk of the state government’s revenue for  2020 came from federal allocations.

He added that the implication was that taxable adults would  have to support the government in the coming year to explore ways of boosting the state’s internal revenue which was the only reliable source, to finance the budget.

Earlier, Speaker of the House, Mr Timothy Owoeye lauded the executive arm  for making the 2020 budget live up to the people’s expectations even in the face of the COVID-19 pandemic.

Owoeye urged the executive arm  to enhance  ease of doing business and remove bottlenecks that could scare investors away from the state.

He said the state house of  assembly would continue to embark on effective oversights to ensure timely completion of government projects in the state.

On his part, the Chairman, House Committee on Finance and Appropriation, Mr Taiwo Olodo gave assurance  that the budget would be given a speedy  passage. (NAN)