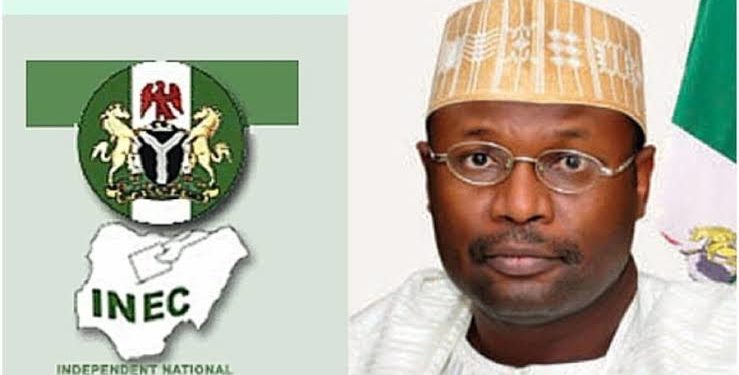 The Chairman of the Independent National Electoral Commission (INEC), Professor Mahmood Yakubu, will today hand over his duties to an acting national chairman.

Sources in the commission told Channels Television on Monday that this will be the situation pending the confirmation of the INEC boss by the Senate.

The handing over is expected to take place in the afternoon at the headquarters of the electoral umpire in Abuja, the nation’s capital.

Although the name of the person to take over from him has not been disclosed, Professor Yakubu is expected to handover to one of the national commissioners whose tenure has yet to expire.

This follows the reappointment of Professor Yakubu as INEC chairman for a second term of another five years in office by President Muhammadu Buhari.

In a statement date October 27, 2020, the President’s Special Adviser on Media and Publicity, Femi Adesina, disclosed that his principal nominated Professor Yakubu reappointment in a letter addressed to the Senate President, Ahmad Lawan.

The President’s action, according to Adesina, is in accordance with the provision of Section 154 (1) of the Constitution of the Federal Republic of Nigeria, 1999 (as amended).

But Professor Yakubu’s reappointment is subject to approval by members of the upper chamber of the National Assembly.

He assumed office on November 9, 2015, where he has been overseeing the activities of the electoral umpire.

Since the appointment of Professor Yakubu who took over from Professor Attahiru Jega, INEC has conducted many elections, including the 2019 polls which saw the President extending his stay in office for another four years, as well as some governorship elections in the country.

Related Topics:INEC Chairman handovers power as tenure elapses
Up Next

If I hate Igbos, I won’t appoint your son into my state cabinet twice – Wike