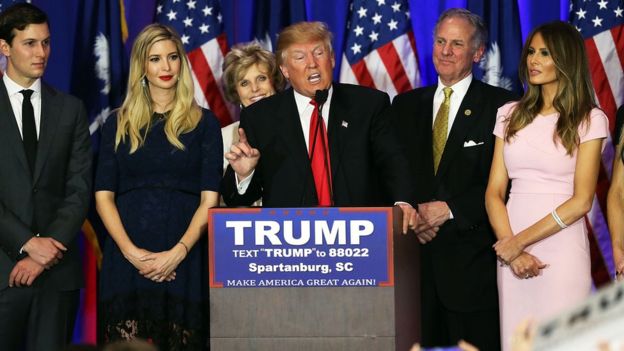 “Joe Biden should not wrongfully claim the office of the President. I could make that claim also.

The president said he had “such a big lead in all of these states late into election night, only to see the leads miraculously disappear as the days went by”.

Biden has overtaken the president in the swing states of Arizona, Georgia, Nevada and Pennsylvania where Trump was initially ahead.

“Perhaps these leads will return as our legal proceedings move forward!” he added.

As of the time of filling this report, Biden was ahead with 264 electoral college votes against Trump’s 214, according to the Associated Press tally.

For Biden and Democrats, victory is not a matter of if but when, with the former vice president saying on Thursday he had no doubt he would be the next president.

Trump’s campaign organisation dismissed the projection, saying it was based on results in four states where the president was still in the race.

Matt Morgan, counsel to the campaign, said Biden’s “false projection” as the winner was based on results in four states where the president is still in the race.

“Georgia is headed for a recount, where we are confident we will find ballots improperly harvested, and where President Trump will ultimately prevail,” Morgan said.

JUST IN: Trump’s chief of staff tests positive for COVID-19